Lee tells executives to be ‘uptight but fearless’

Lee tells executives to be ‘uptight but fearless’

Lee gathered heads of the conglomerate’s main electronics subsidiaries that day to discuss countermeasures against Japan’s tightened trade restrictions. This was the first top executive-level meeting held at Samsung after Japan exempted Korea from its “white list” of preferential trade partners that benefit relaxed export procedures on Friday.

“We should stay uptight, but fearless in overcoming this crisis,” said Lee during the meeting. “We have to be fully prepared to discover new opportunities to pave way for future growth.” 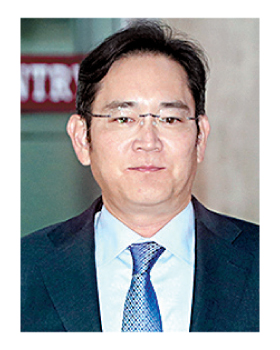 Lee has previously met with Samsung Electronics’ top executives to discuss the issue, but this was the first time the Display, Electro-Mechanics and SDI heads were called in.

Starting from Tuesday, the vice president will visit manufacturing facilities and offices of Samsung Electronics’ affiliates nationwide. The company has semiconductor production lines in Pyeongtaek in Gyeonggi and Onyang and Cheonan in South Chungcheong and a display factory in Asan, South Chungcheong.

Korea’s being dropped from the list is Japan’s second blow in the realm of trade following tightened export restrictions on three high-tech materials for chips and displays that went into effect July 4. Two among the three were core materials used for manufacturing high-end semiconductors and had high dependence on Japanese imports.

“It is noteworthy that semiconductor and display firms in non-white list countries such as China, Taiwan and Singapore have not had any production issues,” he said in a Monday report.