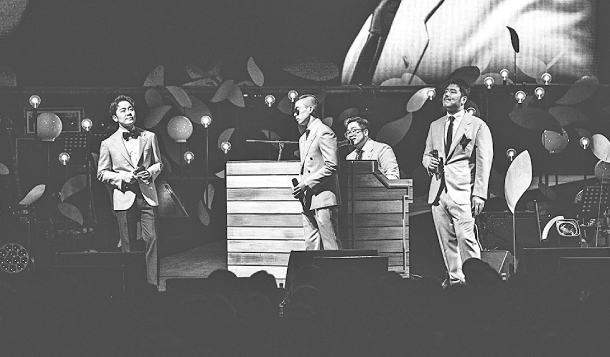 After a four-year hiatus, Brown Eyed Soul is returning with a new album and a concert tour, both titled “It’s Soul Right,” their agency Long Play Music announced on Wednesday.

According to the agency, the quartet - made up of veteran singers Naul, Youngjoon, Jungyup and Sunghoon - will be holding a series of concerts in October, starting with two concerts at Yonsei University’s Amphitheater in western Seoul, on Oct. 5 and 6.

The Seoul concerts will be followed by shows in Daegu and Busan with exact dates and venues to be announced later.

The release date for the album has also not yet been revealed, but it will drop before the concert tour, giving fans a chance to listen before seeing Brown Eyed Soul perform the songs live.

“This year’s concert will be more special than ever, with the group releasing new music for the first time since their fourth full-length album ‘Soul Cooke’ came out in 2015,” the agency said.

Tickets for the Seoul concert go on sale through Melon Ticket on Aug. 20 at 4 p.m., followed by tickets for the Daegu and Busan concerts on Aug. 21 and Aug. 22 at 4 p.m.