Hyundai Kona SUV is available as a hybrid

Hyundai Kona SUV is available as a hybrid 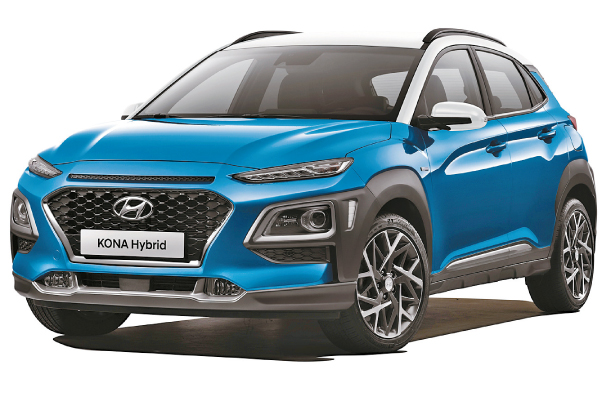 Hyundai Motor is introducing a hybrid model of the Kona SUV as it strives to be more competitive in the growing hybrid vehicle market.

The largest automaker in Korea by sales said in a statement Wednesday that three versions of the compact SUV will now be offered: a gasoline model, a diesel model and a hybrid model.

With a 1.6-liter gasoline engine, an electric motor and a six-speed automatic transmission, the hybrid model achieves 19.3 kilometers per liter (45 miles per gallon) in fuel efficiency.

The hybrid Kona can achieve up to 105 horsepower and 15 kilogram-meters in torque. The environmentally-friendly trim also comes with a car-to-home service that allows drivers to check their homes real time while driving.

It is also equipped with a 10.25-inch display with a Kakao technology-based voice command system and high-resolution navigation features. The automaker added that the hybrid model comes with a frontal collision prevention system, lane assist features and a driver warning system.

Hyundai Motor believes it can boost sales numbers by introducing the hybrid Kona SUV to the market. According to the Korea Automobile Manufacturers Association, sales of hybrid cars from local automakers reached 34,623 units in the first half of the year, up 17 percent from the same period a year earlier.

The Kona line-up was well-received when first introduced in 2017. By adding the hybrid model, Hyundai Motor believes it will be better able to serve a wider range of customers.

Hyundai Motor is currently offering hybrid models for the Ioniq, Grandeur and Sonata, while Kia Motors sells hybrid trims of the K5, K7 and Nero.