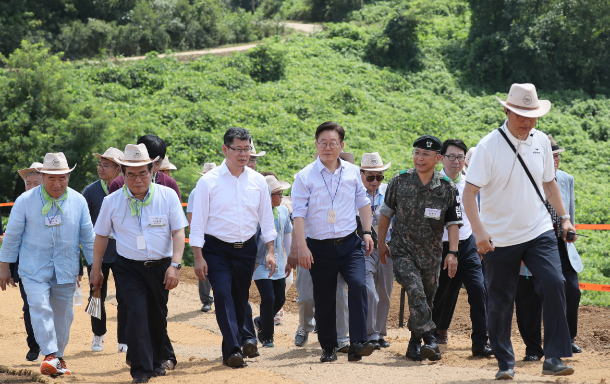 Unification Minister Kim Yeon-chul, third from left, Gyeonggi Gov. Lee Jae-myung, fourth from left, people with families separated during the Korean War and local townspeople take a trek after attending a ceremony opening the third and last hiking trail along the demilitarized zone (DMZ) separating the two Koreas in Paju, Gyeonggi, on Friday. The first DMZ Peace Trail launched in the eastern coastal region of Goseong, Gangwon, in April, followed by one in Cheorwon, Gangwon, last month. [YONHAP]