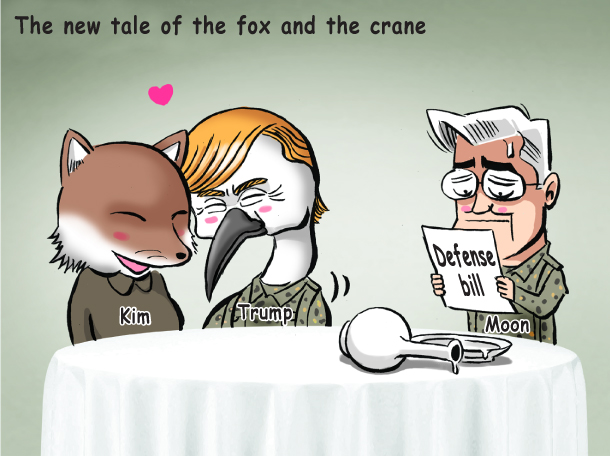 In a tweet on Saturday, U.S. President Donald Trump appeared to concur with North Korean leader Kim Jong-un in calling the Korea-U.S. military drills “ridiculous and expensive.” In the meantime, the Trump administration demanded $5 billion — five times the current payment — for the cost of maintaining U.S. forces in Korea.