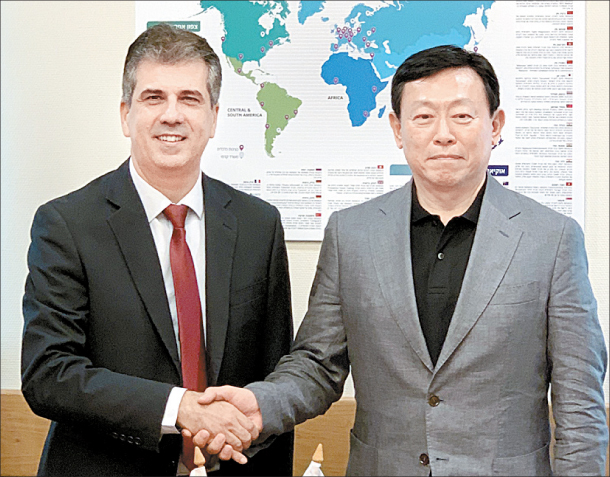 Shin also exchanged ideas on the two countries’ economic exchange ahead of inking a deal on a free trade agreement, according to the group.

At the meeting, Shin said he is looking for an opportunity to invest in world-class start-ups and a chance to collaborate with companies that are involved in innovative agricultural techniques, robots and artificial intelligence. Cohen, in response, said global corporations have built research and development centers to invest in Israeli start-ups and added that Lotte will get a similar opportunity, according to Lotte.

Shin and Cohen also vowed to strengthen the mutual exchange and economic collaboration once the free trade agreement of the two countries is sealed.

Shin went to Israel to discover future growth engines, according to Lotte. He attended meetings with government officials and visited research centers of famous Israeli start-ups to find ways to create a synergy effect with Lotte and to benchmark the local businesses.