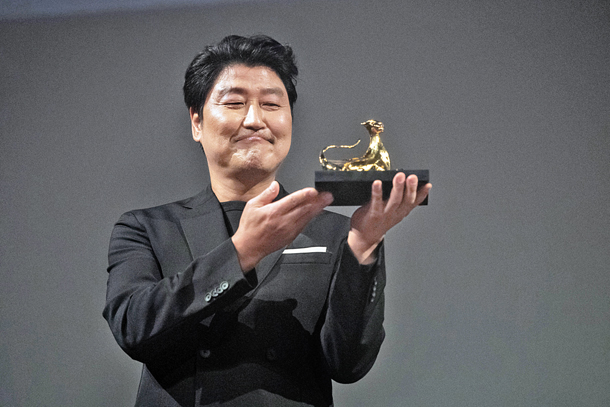 Actor Song Kang-ho received the Excellence Award at the 72nd Locarno International Film Festival on Monday in Switzerland, becoming the first Asian actor to do so.

The prestigious Swiss film event was held at Palexpo Hall in Locarno.

“I’m so flattered to receive an award with such tradition and beautiful history,” Song said. “I hope that this special moment can also encourage and console all the struggling artists following their passion.”

“I also give the honor of this award to Bong, who came to accompany me on this event and who will always be my companion.”

When asked about what motivated him to become an actor, Song replied, “There were various influences in my life, but the most striking one had to be growing up watching Steve McQueen films. That’s when I started dreaming of becoming an actor one day.”