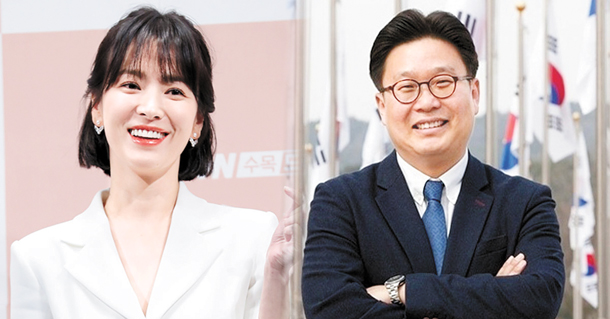 Prof. Seo, who is a well-known figure in the promotion of Korea and studies national branding, urban branding and social contribution, posted an image on his Instagram account of the information leaflet that he and actor Song donated to the Provisional Government.

“There is something that I have been doing every Liberation Day for the last eight years: That is donating information leaflets to various memorial facilities that commemorate independence activists all over the world, with [actor] Song Hye-kyo.”

According to Seo, this is the 17th leaflet he and the actor have made together, “proving that stars can contribute to their country,” the professor wrote.

“Remnants of the independence movement [during the Japanese colonial rule from 1910 to 1945] are not in the best of shape. But if we pay more attention to them and visit them often, that is the best way in which we can preserve our history left abroad,” he wrote.

Seo and Song will continue their donations and make contributions to various places across the globe, he said.