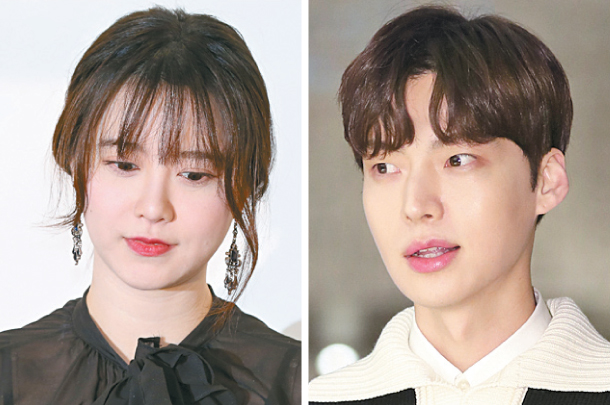 The announcement was made after Ku posted on social media earlier on the same day that her husband is “having the itch in married life and wants a divorce,” but she wants to save the relationship.

Ku said that Ahn “plans to release an article [about the divorce] next week” and that she posted this to warn people in advance that “[the content of the article] is absolutely untrue.”

Ku also uploaded screenshots of messages she exchanged with Ahn. In one message, Ahn said that he’s already communicated with the producers of tvN’s “New Journey to the West,” a reality show he stars in, and will “release a statement to the media next week with the written agreement [of the divorce] that [Ku] agreed to.”

In another message, Ku replied demanding that Ahn didn’t announce their divorce next week because her mother was struggling to handle the news, adding that her mother’s welfare was more important than “New Journey to the West.” Ku also insisted that Ahn should be the one to tell her mother they were getting divorced, as he was the one who “persuaded her to approve the marriage.”

In a social media post later on Sunday afternoon, Ku said that the agency statement was made without her permission. She refuted the agency’s claim that the two have already agreed to divorce.

The couple married in May 2016 after starring together in the medical drama “Blood.” Instead of a grand ceremony, the couple donated their wedding budget to Severance Hospital at Yonsei University in western Seoul, saying that they became aware of the many children struggling to fight illnesses at the hospital while filming “Blood.”

Ku debuted as an actor in 2004, appearing in the fifth season of the MBC comedy drama “Nonstop.” She is perhaps best known for her role in KBS’s 2009 drama series “Boys Over Flowers.”