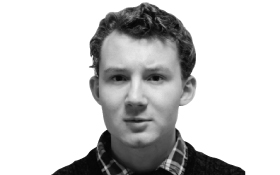 The Jeffrey Epstein case could be bigger than Watergate — as long as it isn’t swept under the rug.

The suspicious death in jail of the convicted pedophile and alleged “financier” should not stop robust investigations into the web of child sex trafficking that he stood at the center of. Epstein’s connections were simply too strange — and too powerful — to forget about.

First, Ghislaine Maxwell must be brought to trial. The madam of Epstein’s perverted pedophilic empire and apparently close friend of former U.S. President Bill Clinton and his daughter Chelsea was recently seen snacking on a burger in California, when she should be facing the harsh lights of an interrogation room. We need to know what she knows.

Unfortunately, there’s little sense of urgency from U.S. authorities following Epstein’s death. His private island in the Caribbean, allegedly the scene of twisted, pedophilic sex escapades and a frequent getaway from global elites, was raided by the FBI last week. This should have been done decades ago. Details about Epstein and his cabal’s monstrous crimes have been out in the open for what feels like an eon. Any evidence stored at the island has likely long since disappeared into the seas off of Little St. James.

The public also must learn how Epstein made his money. There’s scant evidence that he was much of an investor at all — unless new details appear, he seemed to have gotten everything in life by becoming friends with Leslie Wexner, the tycoon behind Victoria’s Secret. This doesn’t point to Epstein being much of a financial wiz — no one ever, really, talked about his business career. For Epstein, being a pervert was his full-time profession, and Wexner seems to have bankrolled it. The evidence points to him as a pawn in a larger elite child sex trafficking scheme — a pimp, an easy fall guy. It’s not hard to believe that there’s another Epstein going about his business at this very moment.

We must also know why so many global elites were doing when they hung out with this sadist. Bill Clinton took 26 flights on Epstein’s plane, nicknamed the Lolita Express, within just two years. U.S. President Donald Trump attended a party with nobody besides Epstein and 28 models in attendance back in 1992. This was a dark, twisted world these men were entering. Why did they — and so many others, including the late British scientist Stephen Hawking, Prince Andrew, and former Israeli Prime Minister Ehud Barak — adore spending time with such a depraved man?

I fear we will never know the answer, which is exactly how the world’s most powerful want it to be.