Cho decides to donate some wealth to society

Cho decides to donate some wealth to society 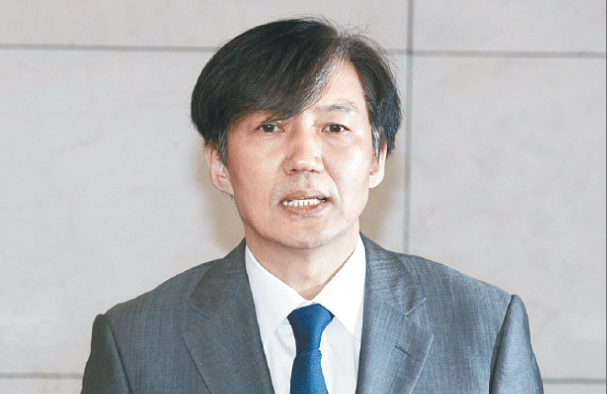 Cho Kuk promised Friday to donate all his family’s scandal-plagued wealth to society in an attempt to keep his justice minister nomination from being derailed.

Cho, however, remained silent about suspected academic fraud and other scandals surrounding his daughter, which have become the focus of public disquiet over his controversial nomination.

“My family and I have been loved by society, but I failed to have the humility to look back on myself,” Cho said in a press conference broadcast live Friday afternoon. He promised to quickly donate his family’s investments in a private equity fund and its ownership of a private school foundation to society at large.

Earlier this month, President Moon Jae-in nominated Cho, a longtime political and ideological ally, as his new justice minister. Cho, a professor of law at Seoul National University, was one of the first members of Moon’s administration. He served as senior secretary for civil affairs from May 2017 until July.

Following the nomination, media began scrutiny into Cho and his family, first focusing on suspected irregularities in wealth management and investments. Suspicious investments by Cho’s wife and their two children in a private equity fund and dubious management of the Ungdong School, a private school foundation owned by the Cho family, were reported on.

Cho said Friday that he will donate the private equity fund investments to a public charity to help needy people.

He also promised that his mother will step down as chairperson of the Ungdong School Foundation, which will be donated to the state or a public foundation.

“These are not decisions to temporarily avoid the public’s criticisms,” Cho said. “They are my true promises. The entire family made the decision together.”

He made clear, however, that he wouldn’t abandon his nomination to head the Ministry of Justice. “Please trust my sincerity and watch me till the end,” he said. “I will work with a humble attitude.”

After reading the brief statement about his family’s wealth, Cho ended the press conference without taking any questions. Conspicuously missing in his statement was any mention about the most volatile elements of the scandal surrounding his family, which involve his daughter.

Cho’s 28-year-old daughter, who currently attends Pusan National University’s Graduate School of Medicine, is suspected of having been wrongly cited as the first author of an English-language paper published in the Korean Journal of Pathology in 2008 and using that accomplishment to gain admission to Korea University in 2010.

The professor in charge of the controversial paper admitted Thursday that he had given special treatment to Cho’s daughter.

“She was responsible for experiments and editing of the paper,” Chang Young-pyo, a professor in the Department of Medical Science at Dankook University, told the JoongAng Ilbo on Thursday. “I was responsible for data analysis and writing the first draft of the paper. I cannot deny that a favor was given to her by crediting her as the first author.”

Chang told the JoongAng Ilbo that he will accept any punishment from the university or the Korean Medical Association or the Korean Academy of Medical Sciences.

Cho’s daughter got that authorship credit after finishing a two-week internship at the Institute of Medical Science. In the paper, she was also listed as a member of the institute, not a high school intern.

Professor Chang was the father of her high school friend.

The Korean Academy of Medical Sciences, which oversees 186 medical academic societies, issued a statement Thursday to express its serious concern about the issue. It urged Dankook University, Professor Chang and the other authors of the paper to explain what happened.

From now on, any high school student who participates in a research paper will be credited as a contributor or mentioned in the acknowledgement, the academy also said.

Cho’s daughter studied for two years in a high school in the United States and entered the Hanyoung Foreign Language High School in 2007. In 2010, she entered Korea University through an early admission program earmarked for “global leaders.”

Students at the schools involved with the Cho family said they will hold candlelight protests on Friday of Cho’s appointment as justice minister.

A group of Seoul National University (SNU) students, where Cho has taught law since 2001, were planning a protest Friday evening on the Gwanak Campus in southern Seoul. They were supposed to demand that Cho give up his nomination and step down from his faculty post at SNU.

Students at Korea University, where Cho’s daughter completed her undergraduate studies, were scheduled to hold a candlelight protest on the Seoul Campus in central Seoul Friday evening. They were supposed to demand the school lay bare the truth about the daughter’s admission.

“We are unrelated to any political forces or parties,” said an organizer. “We reject any outside attempts to influence us. We will also not take any financial sponsorship for the demonstration.”

The students said the university must probe the admission of Cho’s daughter. The school also said her admission can be revoked if it is found to have critical flaws in the application.

They hung large posters on the campus asking the university to cancel her admission to the medical school if Korea University retroactively revokes her undergraduate admission and voids her bachelor’s degree.

They said her admission to the medical school should be investigated. They also wanted an explanation as to why she received scholarships for six consecutive semesters, although she flunked two semesters.

“If she aspires to be a doctor, who saves the lives of people, she must not commit such unjust acts,” they said. “We are willing to host candlelight protests in the future.”

The ruling and opposition parties have failed to fix a confirmation hearing date for Cho. Friday morning, Cho said he was looking forward to an opportunity to clear up the allegations.

“I accept the criticisms of the people,” Cho said. “But many are groundless accusations or false rumors,” he said. “I will submit to any form of verification.”

The main opposition Liberty Korea Party (LKP) said Friday it wants a three-day confirmation hearing for Cho to scrutinize all suspicions, but the ruling Democratic Party (DP) rejected that demand.

“Cho must have been frustrated because the confirmation hearing is not scheduled, although accusations and rumors are snowballing,” Rep. Lee In-young, floor leader of the DP, said Friday. “If necessary, we will host a public confirmation hearing to create an opportunity for Cho to talk to the people or the media.”

DP Chairman Rep. Lee Hae-chan on Friday issued an apology to the public over the scandal enveloping Cho and his family. However, he expressed support for Cho’s appointment.

“I know that the people are very upset and concerned about the controversy surrounding Cho,” Rep. Lee Hae-chan said in a press conference marking his first anniversary as DP chairman. “As the ruling party head, I offer a serious apology for this.”

“I believe Cho must offer a serious apology to the people at the confirmation hearing,” he said. “He must lay bare the truth and humbly accept the people’s judgment.”

Rep. Lee Hae-chan also said he had made those recommendations to Cho on Wednesday.

“Cho is one of the rare privileged people of our society,” he said. “I understand the people’s feelings about unfairness. That is why the party, the Blue House and Cho himself must approach the people with truthful heart and seek their understanding.”

Rep. Lee Hae-chan, however, said he was not asking Cho to give up the nomination. “After he becomes the justice minister, he must resolve the youngsters’ and the public’s distrust in him,” he said.