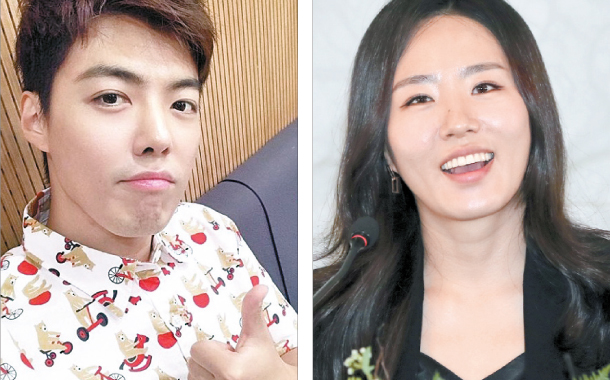 Olympic gold medalist speed skater Lee Sang-hwa and singer Kangnam are tying the knot on Oct. 12 after dating for a year, according to their agencies Bonboo Entertainment and Dmost Entertainment on Thursday.

“The two lovebirds are getting married based on their love and trust for each other,” both of the agencies said. “We hope the public can warmly congratulate them upon [the news of] their future together.”

Lee and Kangnam came to know each other while filming the SBS variety show “Law of the Jungle in Last Indian Ocean” in September 2018 and revealed that they were a couple this March.

Lee is a two-time Olympic gold medalist in the 500 meter speed skating event, topping the podium at both the 2010 Vancouver and 2014 Sochi Winter Olympics. She won the silver medal in the event at the 2018 PyeongChang Olympics and officially announced her retirement this May.

Singer Kangnam debuted as a member of the of hip-hop group M.I.B in 2011. He rose to stardom after appearing on multiple television variety shows such as JTBC’s “Off to School” and MBC’s “I Live Alone.” The singer had recently announced his plans to be naturalized as a Korean citizen earlier this month.