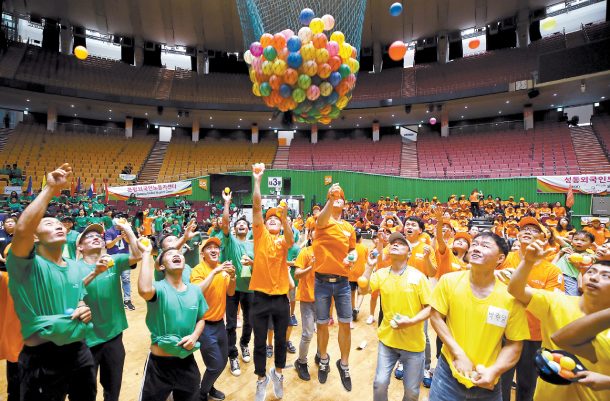 Foreign workers in Korea participate in a game during an event organized by the Seoul Metropolitan Government at Jamil Stadium in Gangnam, southern Seoul, on Sunday. According to the Seoul government, some 1,000 foreign workers and their families from 16 countries, including China, Vietnam and Indonesia, attended. [YONHAP]