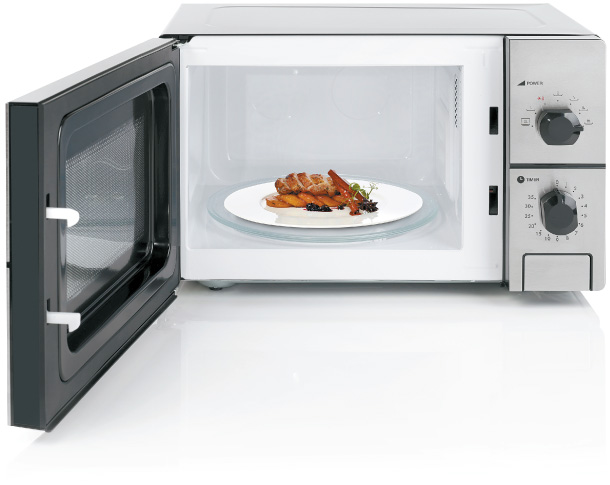 Over the last few decades, how we cook food has changed dramatically. With the rising popularity of packaged food and instant meals, a growing number of people have embraced these more convenient ways of preparing food, arguably at the cost of taste and health.

But developments in the packaged food industry over the last several years have revolutionized the options available, as manufacturers search for new ways to offer good quality food without the hassle.

Home meal replacement dishes are a growing trend in the global food industry, gaining popularity not only from young people, but also with older customers. Korea is one of several countries where the growth has gained momentum in the last few years backed by social changes like the rapidly aging society and the increase in single-person households.

Due to the improvement in taste and diversity, home meal replacement dishes have helped reduce the time people spend on cooking for special occasions.

On Chobok, the first day of the year’s hottest season according to the Korean calendar, people traditionally eat samgyetang, or chicken soup with ginseng. Making samgyetang requires a complicated process that includes stuffing the chicken and boiling it. The home meal replacement version of samgyetang makes this dish considerably more manageable for busy people.

Hyundai Department Store and Lotte Department Store have even included pre-packaged dishes in their gift ranges for the Chuseok harvest festival. Tteokgalbi (short rib patties), bulgogi (grilled marinated beef) and beef bone soup are some of the options.

The home meal replacement market in Korea reached 2.74 trillion won ($2.45 billion) as of 2017, demonstrating 63 percent growth from 2015, according to the Ministry of Agriculture, Food and Rural Affairs last month. The ministry speculates the market in Korea grew to 3.2 trillion won as of last year, and forecasts it will reach 5 trillion won by 2022.

Ready-to-eat food like dosirak, or pre-packed lunch boxes, led to the growth of the market, followed by ready-to-cook dishes such as soup and ready-to-prepare foods like pre-cut salad and fruit.

Noticing the potential, a wide range of food companies are actively jumping into the home meal replacement market, while the existing players are expanding their businesses.

Today, consumers in Korea can easily find a diverse range of sophisticated pre-packed meals, from chicken soup to kimchi stew and blood sausage soup that can be preserved for months at room temperature.

With more and more companies entering the market, manufacturers are competing to come up with more diverse and unique dishes.

CJ Cheiljedang, which operates Hetbahn, Bibigo and Gourmet, in July added grilled fish to its lineup, while Lotte Foods in April introduced veggie nuggets and cutlets under its enNature Zero Meat plant-based meat alternative brand “to diversify the home meal replacement portfolio,” according to a spokesperson for Lotte.

Instead of beans, Lotte used wheat protein and yeast extract to create the meat texture of its veggie nuggets and cutlets.

Chungjungone has a home meal replacement brand dedicated to anju, or salty snacks for alcohol drinkers, on the back of the rising trend of solo drinking. Since the Anjuya brand was introduced in 2016, the company has continued to unleash new products under the brand. It most recently added beef entrails and pork rinds to its lineup in August, and the manufacturer said it will continue to concentrate on the pre-packaged products, with the frozen anju market expected to exceed 100 billion won this year, according to research firm Nielson Korea.

To preserve the original taste of the anju dishes, Chungjungone flash freezes the food at minus 40 degrees Celsius (minus 40 degrees Fahrenheit) for less than an hour after cooking the dish. To ensure the flavor, the firm pre-cooks each dish in different ways, according to Chungjungone. Chicken feet and gopchang, or grilled cow intestines, for instance, are cooked over fire, while pork belly is smoked.

Some popular bunsik restaurants, casual Korean eateries, like Mimi’s tteokbokki and Sundaesilrok have also started introducing their own pre-packaged meals.

The home meal replacement take on Mimi’s tteokbokki uses frozen tteok, or rice cakes, to make the spicy rice cakes. As long as they are kept below minus 18 degrees Celcius, the original gooey and chewy texture of tteok will be perfectly preserved, according to a spokesperson for IK Food that manufactures the frozen tteok for Mimi’s prepackaged tteokbokki.

“Even a lot of tteokbokki franchises these days use frozen tteok at the physical stores, so there isn’t a notable difference in the taste of the tteokbokki served at brick-and-mortar stores and the pre-packaged version.”

Korea Yakult, which operates meal kit brand Eats On, and CJ Cheiljedang, which runs meal kit brand Cookit, collaborated with star chefs to “bring restaurant dishes home,” according to a spokesperson from CJ.

Meal kits are boxes filled with the correct portions of fresh ingredients necessary to cook a specific dish. They are seen by firms as an extension to home meal replacements.

All the Cookit recipes are made by chefs with at least a decade of experience at five-star hotels, according to CJ.

Just several decades ago, however, the types of food offered as home meal replacements were highly limited.

Korea has gone through four generations of home meal replacement dishes, according to the Ministry of Agriculture, Food and Rural Affairs.

The first generation, from the 1980s to early 2000s, mostly revolved around pouches of curry and jjajang, or black bean sauce, from Ottogi. The primary factor in this generation was convenience. From the beginning of the 2000s until 2013, food companies started introducing frozen food like fried rice and dumplings. Up until this period, home meal replacement dishes were not really considered proper meals.

Things started to look up from 2013 to 2014, which the government considers the third generation. Diversity was the buzzword for this period as the idea of what could be pre-packed began to evolve.

During this third generation, cup rice, in which small dishes and rice are mixed together in a cardboard cup, and various styles of stew started hitting shelves. Dishes from around the world, including Korean tteokgalbi and Vietnamese pho, also came out. Products became more diverse after retailers started jumping into the home meal replacement market, offering their own dishes in competition with the established brands.

Emart was the first to launch its Peacock brand in 2013, followed by Homeplus and Lotte Mart in 2015.

“Home meal replacement growth gained momentum since retailers started jumping into the market,” said Prof. Lim Chae-un, who teaches marketing at Sogang University. “An important survival strategy for retailers these days is offering differentiated products under their private brands. Home meal replacements are one of them.”

Since 2015, Korea has been in the fourth generation of home meal replacement dishes. At the current stage, companies are striving to introduce premium products. One of the firms at the forefront of this shift is Pulmuone, which is best known for tofu products like soft tofu stew.

According to researcher Moon Kyung-sun from Euromonitor International Korea, Korea’s home meal replacement market is currently in the middle of the expansion and maturation phases of the four stages of business growth: beginning, expansion, maturation and development.

Countries like the United States, Japan and Britain have reached the final phase, in which diverse consumer tastes are reflected in pre-packaged products instead of the mere expansion of flavor and types of food.

“It is crucial for Korean home meal replacement businesses to focus on developing healthier types of food that can reflect the segmented consumer tastes in consideration of the future when the market in Korea starts to stagnate,” said Moon.

The common belief is that the home meal replacement market in Korea has developed rapidly thanks to technological advancement, but industry insiders argue that the technologies used have always been there and growing consumer demand is what has driven the development.

Retort is a sterilization process performed at a temperature above 100 degrees Celsius. The process is said to kill all bacteria that could cause the decomposition of food. This takes away the need to add preservatives, removing health concerns, according to a spokesperson for Lotte Foods.

“Heating up the food twice before it’s sold raises the safety,” said the Lotte spokesperson.

The retort process has existed for decades. Tinned food like Spam is packaged using the technology. Although firms had the technology, they were reluctant to do so.

“The retort technology has been around for many years, but food companies generally didn’t invest heavily to expand the home meal replacement categories because the public questioned the quality of the food,” said a spokesperson for CJ Cheiljedang.

Based on the existing technology, food companies have invested in research and development to find the exact temperature and length of time needed to process different ingredients since that determines the right texture.

Frozen food has also become more common in the past year as people’s perception of its quality gradually changes.

The change was driven by the improvement in distribution.

“Frozen food used to be regarded as cheap food. But under the right circumstances, it can be preserved at a high quality since it’s frozen right after being cooked, preserving the original texture,” said the CJ spokesperson.

Frozen food in the past was often repeatedly defrosted and frozen again throughout the distribution process, primarily due to the dysfunctional freezer trucks that delivered it to retailers. This damaged the taste of the food and reinforced its poor image, according to the CJ spokesperson.

The number of single-person households in Korea as of 2017 was 5.62 million, or 10.9 percent of the population, according to a recent report from KB Financial Group’s business research institute in June. The figure is forecast to grow to 16.3 percent in 2045, possibly due to the rising number of unmarried people.

It is not just the change in social structure, but the culture of not wanting to be seen eating alone that is driving the demand for home meal replacement dishes, according to analyst Cho Sang-hoon from Samsung Securities.

“In terms of demand, Koreans are reluctant to eat alone in public places. When it comes to supply, single eaters aren’t the most welcome customer for restaurant owners since diners in Korea require a certain level of fixed costs through the small dishes and soup served to every customer.”

“The growth of home meal replacement gained momentum with the rapid rise of single-person households in Korea,” said a spokesperson for CJ Cheiljedang. “But an internal report released in 2017 showed that the biggest consumer was actually housewives with children in middle school or high school. Since such families don’t have time to sit around the table for a meal but instead eat separately, demand from those families looking for quick and convenient meals has increased.”

On the back of the home meal replacement trend and Korea’s rapidly aging society, companies are also targeting elderly people who do not live with their children.

Hyundai Green Food introduced ready-made dishes under its care food brand Greating Soft. Its goal is to raise the care food home meal replacement sales to 3 trillion won within the next five years, according to a spokesperson for the food company.

CJ Cheiljedang also plans to launch a similar care food range. CJ currently sells its care food home meal replacement dishes on a business-to-business basis, but plans to sell to consumers by the end of the year.

Emart also considers older customers an important consumer group for its Peacock brand, but it currently has no plan to launch a separate range.

According to Statistics Korea in June, the working age population aged between 15 and 64 will nosedive by 20.8 percentage points to 25.62 million people by 2047, suggesting that demand for home meal replacement products is only going to continue to grow.