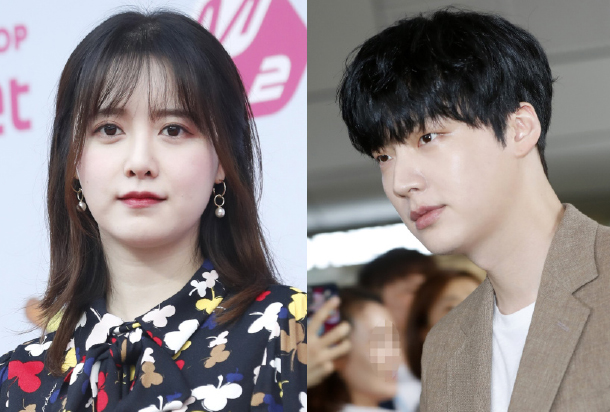 The divorce fight between actors Koo Hye-sun and Ahn Jae-hyun continued on Wednesday, as local new outlet Dispatch released text messages that the two shared, while Koo claimed that Ahn had cheated on her.

On Wednesday morning, Dispatch reported that they had gotten hold of the text messages shared between the couple over the past two years, and conducted a forensic test to make sure that no context had been fabricated and deleted.

Although the report did not contain the specific details of how and why they came to first think of a divorce, it showed how the relationship between the two slowly deteriorated from late last year to early this year, when the two started arguing.

According to the report, Koo complained of “feeling alone” this May and said that she’d also like a divorce, then frequently changed her mind until early August.

Following the report, Koo posted on Instagram that the reason they were breaking up was because “Ahn Jae-hyun had an affair.”

“I have a picture of my husband eating in a hotel wearing [hotel] gowns with an actress. I will submit it to the court as evidence,” wrote Koo.

While she did not specify who the actress was, fans took actor Oh Yeon-seo’s Instagram account demanding her of explanation, as she is currently shooting a drama with Ahn.

“The ‘affair rumors’ are downright false,” the agency said.

“We express our sincere concerns about Koo Hye-sun for having openly posted such speculation, and will be taking legal measures against her for defamation.”