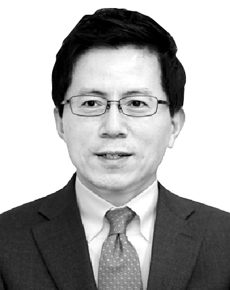 Young-jong
The author is director of the Unification Culture Research Institute at the JoongAng Ilbo.

There are no signs of a breakthrough in the inter-Korean deadlock. Denuclearization talks have shown no progress since the U.S.-North Korean summit collapsed in late February. Inter-Korean dialogue and exchanges could remain at a standstill for a lengthy period. Much fanfare was raised last year, with back-to-back inter-Korean summits in April and May in the truce village Panmunjom and a joint declaration after President Moon Jae-in’s visit to Pyongyang in September. Moon declared the end of North Korean hostilities towards the South and the ascent of a peaceful age on the Korean Peninsula. But this year, North Korea has tested missiles nine times in recent months. North Korean leader Kim Jong-un has upped his saber-rattling toward South Korea.

The hotline between the two Koreas stays unused. The first anniversary of the Sept. 19 joint declaration is approaching but not getting much attention from North Korea. Seoul must keep watch over the North’s provocations and seek measures to break the bottleneck.

The rhetoric from Pyongyang has turned belligerent. The Committee for the Peaceful Reunification of the Country, the North’s agency for inter-Korean affairs, sniped at Moon after his Aug. 15 Liberation Day address. It declared Pyongyang had no intention to sit down with South Koreans as there is no need for further talks. It blamed Seoul’s “arrogant ways” for ruining inter-Korean dialogue and mocked Moon’s proposal for a peaceful economic coalition between the two Koreas as “something a boiled cow’s head would laugh at”.

The Ministry of Unification issued a statement calling such language not helpful to inter-Korean relations. Still Pyongyang remains recalcitrant. A state-run propaganda website on Sept. 3 reiterated that Pyongyang will no longer hold dialogue with South Korea.

The liaison office the two Koreas opened in Kaesong has been unvisited since March. Vice ministerial-level officials from the two sides had met every Friday since its opening in September. North Korea said it won’t come this week as well.

The latest missile offensive orchestrated by Kim undermined the achievements of the past three inter-Korean summits. Pyongyang cleverly chose launches that wouldn’t upset U.S. President Donald Trump. Some believe tensions are as bad as the warlike situation in 2017 following nuclear and inter-continental ballistic missile tests.

What Kim wishes to gain from nasty rhetoric toward Moon and the South remains unclear. Some say he was complaining about the joint Korea-U.S. military drill in August. But provocations continued even after the exercises finished on Aug. 20. Pyongyang won’t likely return to dialogue as it is engrossed with working-level negotiations with Washington following the surprise meeting between Kim and Trump in Panmunjom in June. Still why Kim is so bitter with Moon is inexplicable. Kim called Moon a “meddlesome mediator” and complained about Seoul’s role in Pyongyang-Washington relations. Seoul needs to become more delicate in its messaging with Pyongyang. It should keep its pride but should not provoke its testy counterpart.

Kim offered to visit the South after the summit in Pyongyang. Moon hoped for a visit within the year. The Blue House attempted to raise the mood late last year but got a cold response from Pyongyang.

Moon did not give up. In recent interviews and addresses, he suggested Kim come to the special summit of South Korea and Asean slated for Nov. 25-26 in Busan. “Kim cannot easily comply with the idea of the double burden of making the first visit to South Korea and first attendance to a multilateral summit,” said Song Ki-woong, former head of the Korea Institute for National Unification. Ten leaders from Asean states are due to come to the Busan event celebrating 30 years of ties between Korea and Asean.

Moon’s Liberation Address may have caused some misunderstanding. His mentions of a so-called Peace Economy (or economic integration) and One Korea could have irked Pyongyang. Moon envisioned a boy from a northern rural region of North Korea studying at a maritime academy in Busan in the South and becoming a captain of a container carrier sailing as far as Chile. That may have sounded condescending to North Koreans. The vision of reunification in 2045, the centennial year of liberation from Japanese colonial rule and per capita incomes of $70,000 to $80,000 by 2050 may have implied an absorption of North Korea. A former Unification Ministry official said the vision was startling as it mimicked former conservative Lee Myung-bak’s 747 campaign — achieving 7 percent growth and $40,000 income within seven years — in the unification context.

The rice aid Pyongyang denied also should be reconsidered. Since he came to power in 2012, Kim has been resistant to receiving handouts from the South. It is wrong to think he would happily accept aid from the South just because liberals are in power. While rejecting aid from Seoul, Pyongyang reportedly is about to receive 800,000 tons worth from China.

Presidential aides and government offices on security and North Korean affairs must fine-tune their messages to North Korea. Even as Pyongyang lashes out, Prime Minister Lee Nak-yon recently said a mood for dialogue remains among the two Koreas, and the United States and Seoul will continue to back talks between Washington and Pyongyang. Kim Joon-hyung, director of the Korea National Diplomatic Academy, noted it was not wise to insist on the South’s mediating between North Korea and the United States. Seoul authorities should study Pyongyang more objectively and recruit policymakers who are more skillful in dealing with North Koreans.