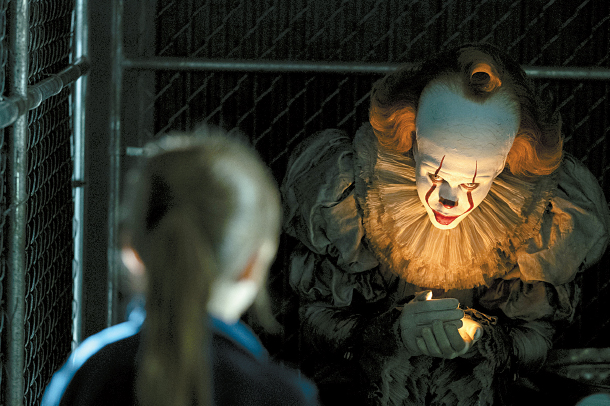 The local box office last weekend was slack due to a typhoon and no major films being released the previous week.

The film is set in the year 2016, 27 years after the last child’s disappearance in the small town of Derry, Maine in October 1988. Now grown-ups, the former members of “The Losers Club”- Bill, Beverly, Richie, Mike, Ben, Eddie and Stanley - return after hearing of another missing child. They immediately recognized the work of the supernatural entity “It,” which awakens every 27 years to kidnap and feed on the town’s children before slipping back into hibernation. Although as children the group managed to temporarily defeat the evil entity 27 years earlier, they swore a blood oath that they would return to the town to destroy it for good if it returned.

“Hello Carbot the Movie: Save the Moon” took second place for the weekend with 272,000 tickets sold while playing on 889 screens. The Carbots are cars that can turn into robots, who coexist harmoniously with humans on Earth. When aliens attempt to conquer Earth and the moon, the Carbot forces must unite with rabbits living on the moon to defeat and protect their beloved planets.

Local romantic film “Tune in for Love” slipped down two ranks from last week and landed in the third spot, selling 230,000 tickets and playing on 908 screens. Starring local stars Kim Go-eun and Jung Hae-in, the film takes the audience back to the late 1990s when lovers could only communicate via phone or letters.

Local films “Exit” and “Metamorphosis” took forth and fifth places for the weekend, the former selling 192,000 tickets and playing on 732 screens and the latter selling 135,000 tickets while playing on 728 screens. “Exit” has surpassed 9 million ticket sales.