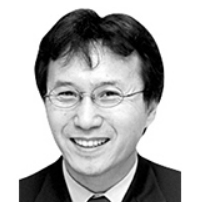 Shin Jang-sup
The author is an economics professor at Singapore National University.

Korea virtually forbids inheritance with the world’s cruelest taxation. Japan on the face of it levies the highest maximum rate at 55 percent. But Korea slaps penalties on corporate inheritance and collects a maximum 65 percent when ownership in a business is passed onto the heir.

The descendent rarely can afford the full tax. They would have to sell their assets to pay it. But the sale of property or financial assets requires additional income tax. One may have to sell much of the inherited wealth to cover the tax. If not, one may have to lend that much to secure management rights. He or she could be indebted for life to pay for the loans.

Koo Kwang-ho, chair of LG Group, received a tax bill of over 700 billion won ($587 million). He paid it through loan collateral from his stock holdings. If the share prices go up, he would somehow manage. But if not, he will fret over his astronomical loan dues.

Koo and other heirs to big companies may be willing to live in debt rather than give up the family business. But many heirs of smaller businesses are not. They ask their parents to sell off the companies to give them cash.

Under current regulations, inheriting a business is impossible after faithfully paying taxes. It is why various irregularities are committed to circumvent the dues. One financier in Singapore thinks the root of all evils in the Korean economy lie in the inheritance tax system.

The killer inheritance rule was established due to the innate distrust for chaebol. The Korean public thinks the heirs to chaebol enjoy excess power through the family premium. Political forces then use the anti-chaebol sentiment. Misconceptions about corporate management and the financial environment have led to a negative sentiment.

Many critics of hereditary succession in family businesses point to American enterprises run by professional CEOs. But that too is misleading as most of companies under outside CEO management are large-cap names trading on the stock exchange. There were 4,180 publicly trading companies as of 2013 in the United States. Of them, a third were under the management of the largest shareholders. About 1.61 million were registered as incorporated that same year. Most unlisted enterprises were run by the largest shareholder. Companies under the management of professional CEOs made up a paltry 0.2 percent of U.S. enterprises.

Proponents of the outside CEO system still claim it is the “global standard.” They also refuse to see that today’s financial and regulatory environment is different. It was easier for founders of businesses to sell their shares and retreat from management in the early 20th century because sustainability was ensured. Shareholders were mostly retail investors. They were not interested in keeping watch over corporate management as long as they could make money. The U.S. government moved to regulate when institutional players began to meddle in corporate affairs in the 1920s.

Investors had to settle with financial gains from equity holdings. Control over companies stayed with the CEOs named by founders. CEOs were able to defend entrepreneurship and make long-term investment through research and development, even during the global depression.

CEOs, however, came under fire from the 1980s due to the ascent of institutional players, equity and hedge funds chanting shareholder value. They were forced to set aside greater shares of their earnings to reward shareholders through stock buybacks and dividend programs. U.S. listed companies these days return more than 100 percent of their net profit to shareholders and make investments through restructuring or loans.

The professional CEO system started to crumble, starting with General Electric. General Motors was regularly in crisis. But innovation companies like Google, Amazon and Facebook protected management through dual share holding structures empowering founders with extra shares so that they can continue bold investments instead of pampering shareholders.

If controlling stakes in Korean companies are offered in the current regulatory and financial environment, they would be snatched up by equity or hedge funds or competitors. They assume the financial and management control vested by the stock rights. They will try to maximize returns on their investment. They could sell off lucrative assets or dissolve companies or force mergers with other entities.

Such challenges to management sustainability bode badly for the Korean economy. Businesses must be able to keep up investments into further growth and jobs. If management comes under fire, investment cannot go on. Private funds will want to sell off companies. They could end up in the hands of competitors in other countries. Business knowledge and technology capabilities could fall to competitors at dirt-cheap prices.

Korea’s inheritance rules are antagonistic toward hereditary succession and have little care for corporate future. Blind faith in professional CEOs cannot help. There must be a fundamental reexamination of the system so that companies can continue to invest and hire and contribute to national growth.