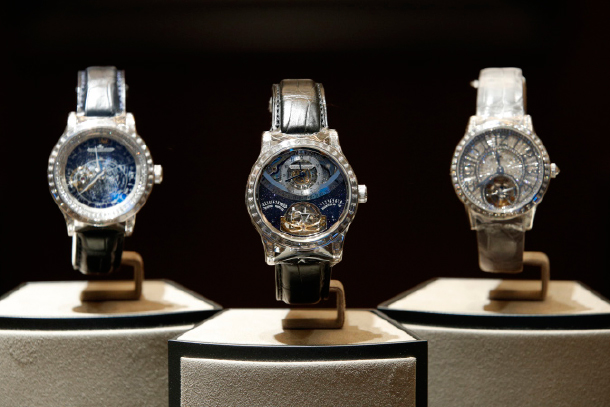 There are companies who are watching the democratization protests in Hong Kong closely. They are the high-end watchmakers in Switzerland. According to the Federation of the Swiss Watch Industry, the import of Swiss luxury watches in Hong Kong in June declined by 26.8 percent compared to the same period last year. That was when weekend protests started in Hong Kong. Tourists from around the world come to Hong Kong to buy luxury goods at duty-free prices, and sales go up dramatically over weekends.

In July, the rate of decline eased a bit, but there are forecasts that August sales would be hurt seriously. The number of tourists has dropped off as protests continue after the repatriation bill, and duty free shops in major shopping districts such as Tsim Sha Tsui are not operating normally on weekends.

Hong Kong is an economy that imports the most Swiss luxury watches. In July, it accounted for 13.5 percent of the world’s total, followed by the United States, at 10.1 percent, and China, at 8 percent. Considering the fact that a many of watches sold in Hong Kong are purchased by mainland Chinese, China is the biggest customer of Swiss watches.

Major players in the Swiss watch industry, such as Swatch Group and Richemont, worry about continued unrest in Hong Kong.

Declining sales are a problem at the moment, but if the predictability of the global economy falls due to the U.S.-China trade dispute, protests in Hong Kong and Brexit, inventory control will become harder, and their brand values could be severely damaged.

According to an online article in the New York Times on Sept. 11, “The crackdown on luxury gifting spurred by the Chinese government’s anti-corruption campaign, which began in 2012, put a dent in luxury watch sales.”

As some of the inventory ended up in the “gray market,” companies had to spend to buy them back to save their brand value.

As the global economy has started to weaken, this year’s high-end Swiss watch sales went up by 2 percent.

Bloomberg analyzed that during an economic slump, the wealthy prefer safe assets and buy more jewelry and watches.