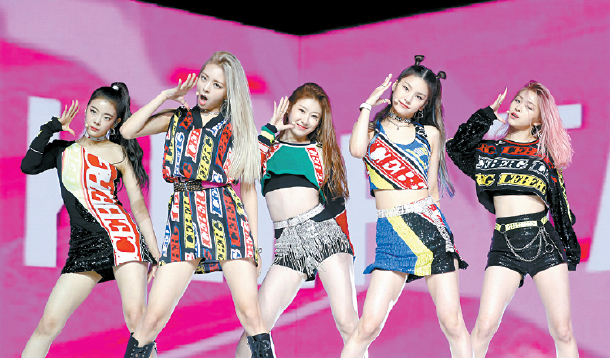 “ITZY will make their debut in the global market with a series of showcase performances around the world,” the agency said.

Starting with a show on Nov. 2 in Jakarta, Indonesia, the group will travel to a total of 11 cities and meet with fans in Asia. The tour includes stops in Macau on Nov. 9, Taipei, Taiwan, on Dec. 1, Manila on Dec. 8, Singapore on Dec. 13 and Bangkok on Dec. 21.

The group will then fly to the United States and perform in Los Angeles on Jan. 17, Minneapolis on Jan. 19, Houston on Jan. 22, Washington on Jan. 24 and wrap up their tour in New York City on Jan. 26.

ITZY made their debut in February this year with their first digital single “IT’z Different,” and topped charts again with their second track “ICY” in July.

The girl group was given the Female New Artist award at the 2019 M2 X Genie Music Awards in August.