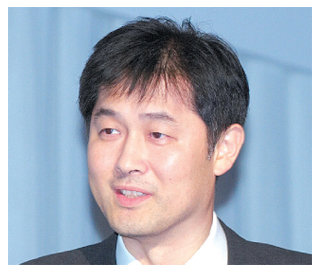 Kwon Jun-Soo
The author is a psychiatry professor at Seoul National University and president of the Korean Neuropsychiatric Association.

During the International Bar Association’s (IBA) annual conference, the Korea JoongAng Daily, in partnership with FleishmanHillard Stakeholder Engagement Center, presents a series of special reports to boost its readers’ understanding of Korea. The report below, the fourth of six in the series, is on the topic of Korea’s bbali-bbali culture.

Bbali-bbali — or “hurry, hurry” in Korean — is one of the most commonly used expressions in this country and one of the first phrases foreigners pick up after arriving in Korea.

Korea prides itself in taking a bbali-bbali leap into the ranks of the world’s top 10 economies in just 70 years, the so-called Miracle of the Han River, but Korea on the inside suffers from a number of side effects as a result of making such a huge leap in a short amount of time. Impatience, among the many side effects, has replaced the just-wing-it attitude that used to dominate. And as that trend becomes more vividly clear, Koreans who have had enough of a society that only thinks about moving forward are reflecting back and looking to put the bbali-bbali trend to an end.

It’s not difficult to witness how Koreans became so impatient in every corner of this country. Planes just landing in Korea are filled with people who just can’t wait until the plane stops and opens its doors. Ignoring cabin crew instructions saying “for your safety, please remain seated until the plane comes to a complete stop,” as soon as the wheels hit the ground, Koreans spring up from their seats and start removing luggage from overhead compartments to exit the plane before anyone else. They start standing in narrow hallways with luggage in their hands to leave the plane even just a second earlier. Those passengers are not even in a hurry, but they just can’t help themselves. Surely this originates from impatience.

Airplanes are not the only places where you can find Koreans devoid of patience. Their rock-bottom level of patience is also in full swing in education, an area which requires intricate strategies laid out for decades. Korean parents sold on the idea of “early” get sucked into English education, study-abroad programs and intensive courses, all for young children. Rather than mapping out their children’s learning based on strengths and interests, the parents tend to ignore the talents and aptitudes of their kids for the sake of the fast track.

It’s not that early-age education is a bad strategy, but they must be aware of the fact that children at the age when they should be outdoors and pursuing leisure activities being infused with the bbali-bbali philosophy could easily be placed under unbearable pressure. That could lead to psychological problems. Moreover, when intellectual development takes precedence over emotional development, those children are likely to quickly lose interest in everything. Even worse, children could end up emotionally disturbed from their parents pushing them so hard.

The same goes for public schools. Most of the time, Korea dominates international competitions when it comes to mathematics, but the lead fades away as children become adults. At the 60th International Mathematical Olympiad (IMO) held this year, all six Koreans won gold medals, and the country placed third overall. One of Korean participants even achieved the highest score and came in first place. But such top-tier performances fail to hold as these students advance to college. They already lose interest in the subject just when a deeper understanding is needed, in part because impatient parents led to only a cursory understanding of basic mathematical principles. After doing things too quickly, students are fatigued and chronically unmotivated.

Bbali-bbali, coupled with the just-wing-it attitude, plays a part in the large-scale accidents so frequent in the country. In Korea, those who wait in line and follow rules are widely considered unwise, inflexible and even incompetent. Passing others whatever the cost may be is considered clever and competent. The ugly truth is, however much we want to deny it, that the bbali-bbali syndrome has made following orders a loser’s way and getting things done before others, even if that entails abnormal methods, the smart way to live.

Impatience has brought some positive results for companies looking to quickly adapt to rapidly-changing markets, but it is clearly a hazard in mental health. When a person grows impatient, their bodies start secreting more adrenaline, making him or her more sensitive and aggressive. If such a state continues, fatigue sets in, and they get oversensitive. To put it simply, that person becomes irritable.

A bad emotional state can damage physical health in addition to mental health. Among internal organs, the stomach is most responsive to mental state. Korean stomachs are certainly having a hard time. Due to the bbali-bbali syndrome, people just can’t take their time to enjoy food.

Of course, digestive pills are sold in bulk here, and stomach cancer is the most prevalent form of cancer among Korean people. As such, impatience is destroying not only our minds, but also our bodies.

After facing all this hardship, Koreans now believe they must free themselves from impatience. Can they put an end to the bbali-bbali syndrome?

Between 2014 and 2015, my research team studied mental health changes from “templestay” experiences among office workers at Daewon Temple at Mount Jiri. A group that participated in a four-day-long templestay program showed higher resilience, even three months after the program, when compared with those who had spent the same number of days free to do what they want. After conducting MRI tests to verify whether the change was attributable to their psychological states or changes in their brains, the group who took part in the templestay program showed higher levels of activity in the precuneus and medial superior prefrontal cortex, both of which work well when taking a rest.

The test results show that a templestay provided more rest for the brain than free time also. Of course, it’s a stretch to argue a single templestay program of four days had lasting effects. But the program participants were motivated to transform their lifestyles and philosophies to ultimately lead different lives. It seems like they pulled themselves out of the bbali-bbali culture and shifted their course to taking things slowly and taking things down a notch.

Eradicating the widespread bbali-bbali culture in Korean society quickly will never be easy. Procedures and means should be respected rather than people obsessing over outcomes. Consensus, the emphasis of co-growth and cooperation over individualism must be developed. Collaborative efforts to accept reality as it is and maintaining relationships with others are also key. A slow life and minimalism may be part of the effort to move past Korea’s past, which is riddled with impatience and sloppiness.