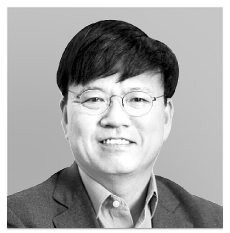 Lee Byung-tae
The author is a professor of information systems at KAIST.

Academics have come forward with a forceful denunciation of the state of national affairs because they think the appointment of Justice Minister Cho Kuk and the chaos it has unleashed is a national crisis. Cho and his wife are both professors. They are impressively affluent and suspected to have fabricated internship documents for their children to get them into top universities. Other professors gave internship opportunities and certificates to the children, which can be seen as an abuse of the admissions system. College admissions are an important ladder of mobility in our society — or should be.

The reason for colleges’ existence is to teach students how to learn. Truthfulness is required and abiding by the rules. But researchers and professors connected with the Chos cut corners and gave special treatment. They betrayed the ethics of any decent university.

It was only recently that Korean universities became research-oriented and started publishing in the international journals. The Korean economy has evolved to a level where a transfer of knowledge from developed countries alone cannot justify the role of universities anymore. Various admissions systems were devised because a uniform standard for a variety of talent cannot bring personal happiness or survive in global competition.

Freedom and autonomy of universities must be built on ethical foundations of truthfulness and transparency. But a person who infringed on these now is at the center of power. This undermines the foundation of our universities and academia in general. That means giving up the future of South Korea, as well as its universities. This is the first reason why some professors are wary of Cho’s appointment.

Another reason for the professors’ declaration is to tell President Moon Jae-in that democracy is in a serious crisis. The Constitution of Korea divides power between three branches. The main function of the National Assembly is to check the executive branch. However, the ruling Democratic Party has abandoned the essential function of the parliament and damaged the basic order of the constitution by failing to become a guard rail of the administration. 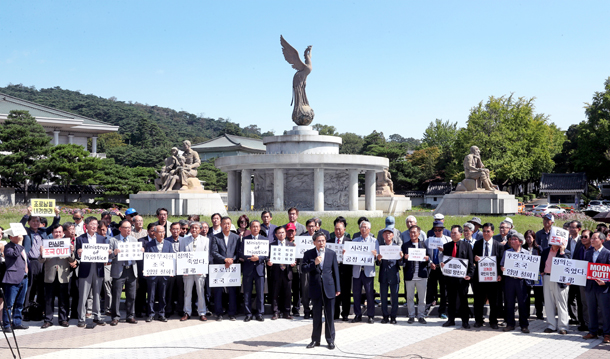 A group of professors held a press conference in front of the Blue House to demand the resignation of Justice Minister Cho Kuk on Sept. 19. [KANG JUNG-HYUN]

Another reason for those professors publicly expressing their opinion is that the Moon administration has given up social integration and decided that national discord is a political asset. The president who appointed Cho and the intellectuals who support the appointment cannot be explained without an understanding of Korean factionalism.

If reform of the criminal justice system is only possible by one individual named Cho Kuk, it is not any kind of reform that can be called well-intentioned. When political interests prevail over any kind of moral foundations or conscience, good will not be done and national energy cannot be brought together.

The professors could not ignore the desperate call of the older generation in the Moon administration. We made our statement because we don’t want to remain silent and pity our students and young professors who still have hope for the future. I believe that the appointment of Cho is the same as giving up on being a progressive society, has left a bad precedence of destroying our ethical foundation as a nation and is a bad decision prioritizing the administration’s interests over the nation’s interests.