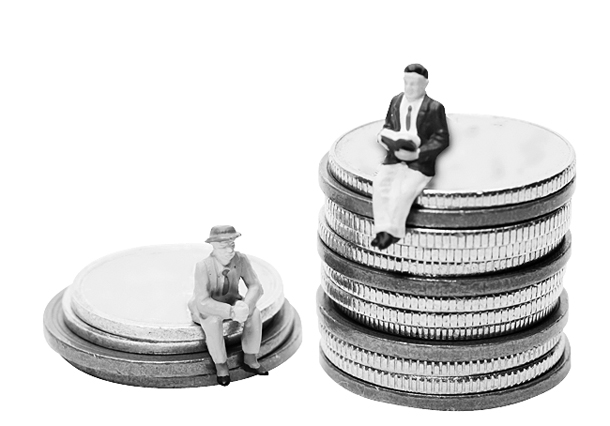 SOHN HAE-YONG
The author is head of the economic policy team of the JoongAng Ilbo.

In 1961, the Philippines was the third richest country in Asia after Japan and Singapore. Its per-capita GDP was three times Korea’s. But 50 years later, Korea’s per-capita GDP is ten times that of the Philippines. Among the factors that changed the fates of the countries, one is the size of the middle class.

According to Romulo A. Virola, who served as the Secretary General of the National Statistical Coordination Board, 74.7 percent of households in the Philippines are under the poverty line. Only 25.2 percent are middle class, and 0.1 percent are upper class. Because of the limits in improving people’s spending power, industries have little support. Meanwhile, the educated middle class grew in Korea during the 1960s and 70s. As their spending power grew, Korea’s electronics, automobile and steel industries had a foundation from which to advance to global markets.

Developed countries such as the United States, Japan and Korea have a robust middle class. In contrast, countries in Central and South America and Southeast Asia have a small middle class.

Lately, there are signs that the middle class in Korea is shrinking. One of the notable indicators — the percentage of people whose income range between 50 percent and 150 percent of the median income — fell to the lowest in history in the second quarter. It has been dropping for four consecutive years — from 67.9 percent in 2015 to 66.2 percent in 2016, 63.8 percent in 2017, 60.2 percent in 2018, and 58.3 percent in 2019. Quality jobs in the manufacturing sector are disappearing. As the gap between the top and bottom income brackets grows, the number of poor people is increasing.

The number of people who consider themselves middle class is decreasing. In a Gallup Korea survey in 1989, 75 percent of people considered themselves middle class. At the time, people were optimistic about moving up in class, as the country was developing thanks to the three lows — low oil prices, low dollar value and low international interest rates — and the Asian Games in 1986 and Seoul Olympics in 1988. But in recent surveys, the number is hardly over 50 percent. It stands in comparison to the 2018 Pew Research Center survey of the United States, where 70 percent thought they were middle class.

The government should consider the decreasing middle class seriously. The middle class is not only the backbone supporting the economy, but also a safety net helping reduce social discord and inducing integration. When the middle class shrinks, social and economic health is hurt.

The core of income-driven growth — the economic philosophy of the current administration — is to bring those falling behind into the middle class. A shrinking middle class could be a critical threat to the policy.