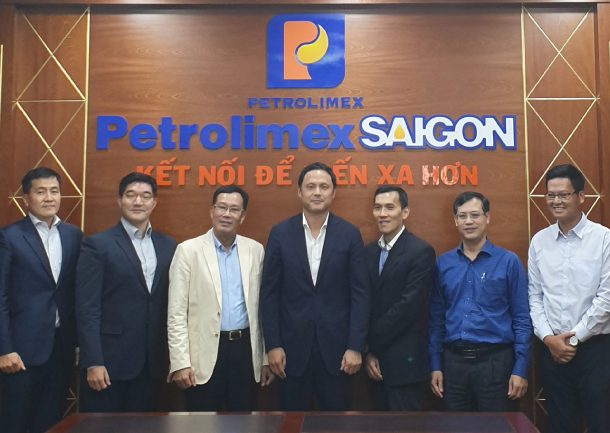 GS Caltex whose CEO is Hur Saehong will provide consultation on gas station operations, including IT services, infrastructure and other related technologies, such as those related to fueling and car wash services.

Additionally, the Korean refiner said the two will cooperate in the development of offline businesses at Petrolimex Saigon gas stations, such as convenience stores.

GS Caltex said it hopes that the cooperation with the state-owned oil company will create opportunities for expanding into the Southeast Asian market.

GS Caltex is considering bringing its autoOasis auto maintenance franchise, which is operated by its GS Mbiz subsidiary, to Vietnam.

“This agreement provides us with an opportunity to enter the fast-growing Vietnamese market. Starting from Vietnam, we will continue to consider ways to expand our business to other Asean countries,” a GS Caltex official said, referring to the Association of Southeast Asian Nations.

Petrolimex is the largest oil company in Vietnam in sales volume and owns more than 5,200 gas stations around the country.

It is also the only oil company in Vietnam to have a presence in all 63 provinces.