President Moon Jae-in has been talking about overhauling the private education system in Korea since his election campaign.

The Moon administration intends to scrap autonomous private high schools across the nation to achieve what it describes as a more equal education environment for students. Moon during his campaign also spoke of limiting the operation hours of private academies, or cram schools, called hagwon in Korea. 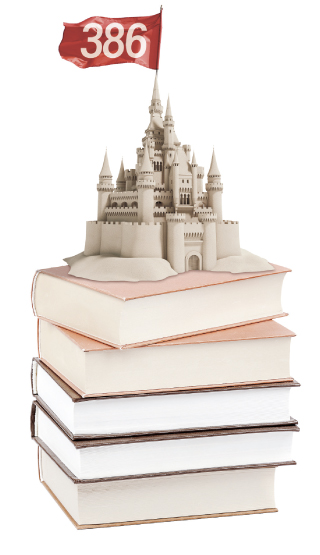 Students attend these cram schools from as early as their kindergarten years. Statistics Korea released the results of a survey in May this year that revealed around 73 percent of elementary, middle and high school students study at hagwons after school and that 44 percent of the students have less than two hours a day to enjoy their own free time.

The prices of hagwons vary, with the yearly tuition at some private English language kindergartens costing more than the average of annual tuition at a university, according to data recently released by the Liberty Korea Party Rep. Jun Hee-kyung, making it extremely difficult for students from lower-income families to get ahead in the competitive education system.

And there may be a whole generation behind the creation of this problematic system.

“There is a generation in Korea called the 386 generation,” Park Jae-won, head of Beautiful Learning, a civic organization focused on equal educational opportunities, told the JoongAng Ilbo recently. “When they were students in the 1980s, they called for equal opportunities for all. Yet once they became a more powerful body in society, they created an abusive system of private education that only exists for those who can afford it. They are the reason for the gap in educational opportunities in Korea today.”

The generation gained the nickname in the 1990s by being in their 30s at the time, being born in the 1960s and being a big chunk of the democratization movement of Korea in the 1980s.

Park and a number of experts who admitted they were part of the group that created the system spoke to the JoongAng Ilbo recently about their experiences, especially in connection with the scandal surrounding recently appointed Justice Minister Cho Kuk, a member of the 386 generation, and his family members.

In 12 different applications, Cho’s daughter stated that she was the first author of a research paper from Dankook University’s Medical Science Research Institute, published in 2009, even though she was just a high school intern at the time.

Cho’s son also submitted a certificate to show he completed an internship at Seoul National University (SNU)’s Center for Public Interests and Human Rights Law in 2013, but prosecutors found that the document pertaining to his case showed signs of irregularities, further adding to the suspicions of forgery.

“The public is furious [about the scandal] because it shows how hypocritical the 386 generation has been,” said Koo Jeong-woo, professor of sociology at Sungkyunkwan University in central Seoul. “People saw the 386 generation as those who called for equal opportunities for all. They rose to power by putting forward this image of a patron of equality. So to see otherwise upsets the people.”

Private education, in the forms of private academies or tutoring, was forbidden in Korea in the 1980s by the Chun Doo Hwan government. But that began to change in 1989 and more permanently in 1991, when the government left it up to each educational superintendent to decide whether to allow private academies to operate in their regions.

That’s allegedly when the 386 generation jumped into the niche market.

“It wasn’t like we all thought we were going to make big bucks in the market,” said a 51-year-old man who worked as a teacher at a cram school in Daechi-dong, Gangnam District in southern Seoul. “But a lot of us were quickly bought over by the fact that we were making a lot of money in the market in a short span of time.”

The man said he was also a frequent participant in the democratization rallies in the 1980s.

“Some of my colleagues who struggled with the gap in their ideals and what the market required of them quit their jobs as cram school teachers early on,” said the man. “But a lot of us stayed on because it was too hard to let go after having made our names in the market.”

Some of those who stayed on include Cho Dong-ki, a graduate of Korea University in the 1980s. He made a name for himself in the private education market as a star lecturer at a well-known cram school in Gangnam, known at the time as Gangnam Daeil Academy, and opened a private academy in 1993.

Over the years, Gangnam Daeil Academy gave way to another cram school, Megastudy, which was established in 2000 by a star lecturer Son Ju-eun, a graduate of SNU in the 1980s.

Cheongsan Academy in Gangdong District, eastern Seoul, was established by former CEO of Gyeonggi Broadcasting Corporation, Park Young-jae, also a graduate of SNU and a frequent participant of the 1980s democratization rallies.

In a way, the 386 generation’s experiences in the 1980s democratization movement made them the perfect candidates to prepare students for college entrance exams when the tests were modified in the early 1990s to focus more on writing and discussion, Park said.

“Writing essays and holding heated debates were some of the best skills that the 386 generation had,” Park said. “Holding discussions on various topics into the night, that was what we did all the time as students.”

“Soon the news spread that a lot of students trained at private academies in Daechi-dong were gaining admissions to Seoul National, Korea and Yonsei Universities, the top universities in the country,” said a man who once taught at a private academy in Daechi-dong, under the condition of anonymity. “The writing and speaking academies were operated like large businesses at the time. I remember that some of our incomes at the time were as high as five times the amount of the salary at a conglomerate.”


Other factors at play

Other former private academy teachers, however, said that blaming a generation for inequality in educational opportunities may be taking it too far.

“There were a number of factors at the time that made it coincidental for the 386 generation to make up a big chunk of the private education market,” said Lee Beom, a former teacher at Megastudy and an educational critic today. “Once the government opened doors for the private education market and changed the college entrance exams, it was inevitable that the 386 generation would be a big part of that new niche market.”

“There were some positive changes that the generation brought to the market as well, such as opening online classes, thus lowering the cost of private education for many people.”

“Private education also helped meet some education needs that public education could not meet alone,” said a former teacher at a cram school in Gangnam. “I think to blame it all on that generation is unfair. What about the constantly changing government policies on education that also gave way to the unequal educational opportunities?”

Still, Park and other experts spoke about how the 386 generation, a major producer of the private education system of today, had also become one of the largest consumers of it.

“It was people in my generation who created the trend of doing everything to make sure their children received the higher-end education in the Daechi-dong area,” said Woo Seok-woon, professor of Sungkonghoe University. “The race for admissions into private high schools centered on foreign languages and other specialized private high schools was created by the 386 generation when they became parents.”

University students who protested Cho’s nomination caught onto this point as well.

According to Doh Jung-geun, SNU’s 23-year-old student council president, Cho is a paradox: a legal expert and outspoken intellectual who calls for equality, yet who stands accused of bending many rules to get rich and help his daughter get ahead. For such a man to become justice minister is “a complete betrayal of equality and justice,” Doh said during a student rally on campus earlier in September.

In rallies across Seoul National, Korea and Yonsei Universities, students expressed disappointment with the 386 generation that Cho represents and a sense of helplessness with the system.