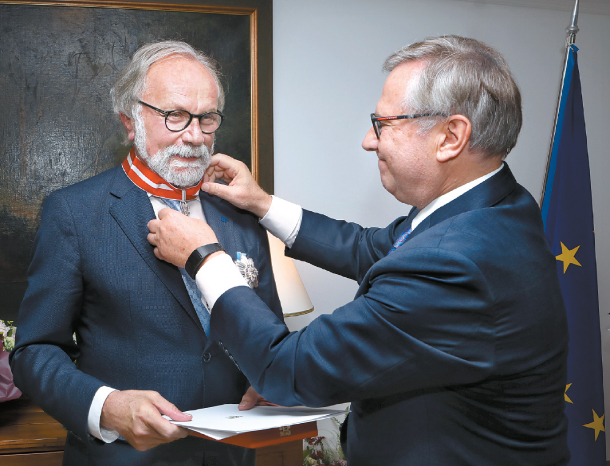 Ambassador of the European Union to Korea, Michael Reiterer, left, receives the Grand Decoration of Honour in Silver with Star for Services to the Republic of Austria from Austrian Ambassador to Korea Michael Schwarzinger, right, who presented the award on behalf of Austrian President Alexander Van der Bellen, at the Austrian diplomatic residence in central Seoul on Monday. [PARK SANG-MOON]