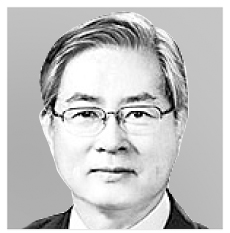 Kim Dong-won
The author is a former visiting professor of economics at Korea University.

As of the end of September, the Kospi stock index had risen 1 percent since December and the Korean won depreciated 7 percent against the U.S. dollar. The stock gains were the smallest and the fall in the currency the biggest among major markets this year. That reflects pessimism about the Korean economy. Korean exports fell 8.6 percent in the first half against the same period a year ago, marking the biggest decline among 10 major exporters in data from the World Trade Organization (WTO). Korea’s rank as a global exporter slipped to sixth from fifth last year.

Various pessimistic projections are being floated. Some even argue that Korea needs an economic crisis to wake itself up. The economy is in trouble, but it won’t likely run into a liquidity crisis like the one of late 1997, when the country had to seek an international bailout. Still, preventive steps should be taken.

There is ample evidence to point to an economy going astray. GDP grew 1.9 percent in the first half, slowing from 2.8 percent a year ago. Moreover, private-sector growth has been meager. If you break down GDP growth in the second quarter, 1.8 percentage points — or 90 percent — came from the public or government sector whereas the private sector contributed a mere 0.2 percentage points, or 10 percent.
Exports and facilities investment contracted for 10 straight months. August’s industrial activity, excluding semiconductors, was the worst in nine years. The coincident indicators reflecting business conditions were the lowest in 10 years. The economy is back to a poor state reminiscent of the first half of 2009.

How long will the stagnation last? Exports, which account for 55 percent of our GDP, have been in a slump for nearly a year. Some think the economy has nearly hit bottom. The government predicted exports would pick up in the second half led by mainstay exports of semiconductors. But headwinds from abroad have stalled any recovery in our exports.

The global economy is entering a new recession. Some predict the worst — a lengthy and structural slump of the kind Japan has endured for two decades. The U.S. economy has been cooling and may slip into recession. The protracted trade war between America and China — and revived Middle East tensions — have added geopolitical risks and uncertainties to global trade, which could trigger a worldwide recession.

The current gloom over the global economy does not stem from cyclical factors, but owes much to a structural breakdown in the global political and economic order. The globalization framework that sustained growth over the last 30 years has been rocked by nationalism and protectionism around the world.

Geopolitical risks have grown after U.S. President Donald Trump declared and end to the U.S. role of international policeman. Trade tensions between the United States and China won’t end soon. Small deals could be made over tariffs so as not to lose votes during the presidential election next year, but a fundamental settlement can hardly be expected.

A kind of chaos is settling in due to a broad confusion in the global political and economic order. How long the uncertain period will last cannot be known until a new order settles in. The Chinese economy flourished under globalization and shared the fruits with South Korea. The Korean economy has been hit by a remarkable slowing in the Chinese economy and global commerce due to the Sino-U.S. trade war.
The Moon Jae-in administration persists with progressive policies to raise people’s incomes through minimum wage hikes, reduced work hours and overhauling the chaebol against a backdrop of perils on the external front. The policies of “benign” design have only hurt the market and caused bad results to the Korean economy.

This confusion from a transitional period could go on for some time. Geopolitical risks and uncertainties could be protracted. The future of individual states and the global economy depends on how each government copes with this new set of challenges.

If the Moon administration continues with its inward and retrogressive policies without concern for the drastic changes in international politics and the global economy, the Korean economy cannot be safeguarded and will suffer. Policies should be flexible at times of uncertainties to earn market confidence. The government must draw up economic policies in light of the transitional changes in the global economy and its politics.