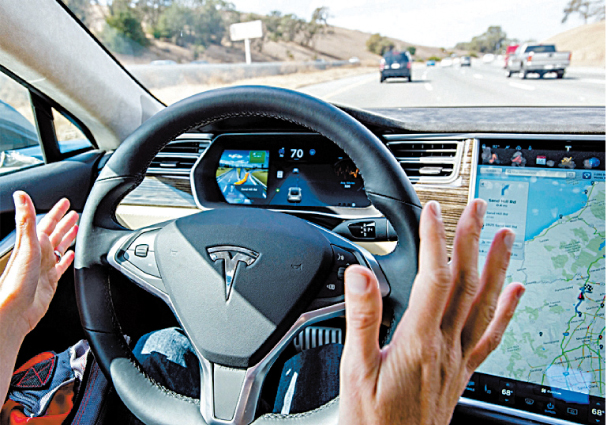 Last week, U.S. electric carmaker Tesla Motors updated its software. A smart calling function was added, allowing the driver to call a car in a garage or parking lot and ask it meet them wherever they are using a smartphone app. Tesla’s stock price soared by 20 percent, and people raved that “Knight Rider,” a popular television series from the 1980s, had finally come true.

Autonomous driving is the irreversible trend. Along with electric cars, it is seen as the technology that will change the combustion engine paradigm that has lasted for 150 years. But reality is different. Carmakers around the world announced that they will offer complete self-driving services this year, but I haven’t heard any updates.

In a New York Times article titled “Despite High Hopes, Self-Driving Cars Are ‘Way in the Future’” published in July, it was reported that carmakers and IT companies are postponing the commercialization of fully self-driving cars. In an interview with the New York Times, Bryan Salesky, CEO of self-driving company Argo AI, which is working with Ford Motor Company, said that despite the promises made by the industry, self-driving vehicles are still something of the future.

As for the reasons for the delay, the New York Times mentioned human behavior. No matter how well-equipped the cars are with high-tech sensors and artificial intelligence, there is no way to predict how other cars, pedestrians and bicycles will behave on the road.