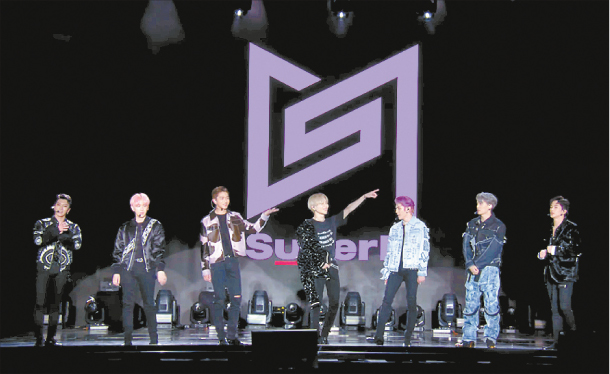 SuperM has officially taken its first steps towards becoming superstars.

The all-star boy group made up of members from some of the hottest acts under SM Entertainment, like SHINee and Exo, held their debut showcase on Saturday in front of Capitol Records Tower in Hollywood, Los Angeles, performing tracks off their self-titled first EP. The entire show was streamed live on SMTown’s official YouTube channel.

Earlier on Thursday, SuperM held what they called the Premiere Event in Los Angeles, inviting fans and press to discuss their new EP in both English and Korean.

SuperM is now getting ready to launch their North American tour “We Are the Future” next month. The tour will kick off with a concert at the Dickies Arena in Fort Worth, Texas on Nov. 11 and continue on to nine other cities including Chicago, New York and Vancouver, Canada, through next February. More dates and venues are expected to be added.

Twitter Korea also announced Sunday that there will be a live Twitter Blueroom Q&A session with SuperM at the SuperM pop-up store in Los Angeles on Monday at 6 a.m. Korea time. The group will answer questions from fans who post with the hashtag #AskSuperM.