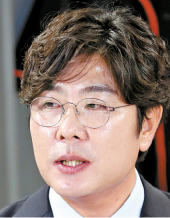 Jeong is replacing Park Jong-hoon as the Eagles’ manager. Park signed a three-year contract with the team in November 2016 and served as the general manager for all three years.

“I’m thankful to the Hanwha Eagles for giving me the opportunity to work for them again,” Jeong said. “I’ll build a more structured process to help the team’s main goal of player development.”

In addition to those titles, Jeong also became the ninth pitcher in the KBO to pitch a no-hit, no-run game in May 1997.

Although he only played for the Eagles in the KBO, he briefly left the club, from 2000 to 2001, to play for the Yomiuri Giants in Japan.

When Jeong retired, the Eagles retired his number, 23. The club has only ever retired three numbers.

Once he retired in 2009, Jeong continued his career with the Eagles by serving as a coach. Right after he retired, Jeong served as a player coach, but from 2010 to 2014, he became the club’s pitching coach. While serving as pitching coach, Jeong coached Ryu Hyun-jin, currently of the Los Angeles Dodgers.

In 2015, Jeong left the Eagles to become a commentator for MBC Sports+. His break from coaching didn’t last long, as in 2017, Jeong was appointed the pitching coach for the Korean national baseball team. This year, Jeong was expected to serve as the national team’s pitching coach at the upcoming Premier12, but his appointment on Tuesday meant he had to abruptly step down from that position.

By bringing another one-club man back to the team, the Eagles are hoping to once again bounce back next year. The Eagles had quite a season in 2018 under field manager Han Yong-duk, who was also a one-club man. During Han’s first year as skipper, the Eagles advanced to the postseason for the first time in 10 years. They hoped to repeat that success this season but had a disappointing ninth place finish.

With Jeong’s return, all three of the Eagles players with retired numbers will once again be working together next year. Song Jin-woo is serving as the Eagles’ Futures League pitching coach while Jang Jong-hoon is the Eagles’ head coach.