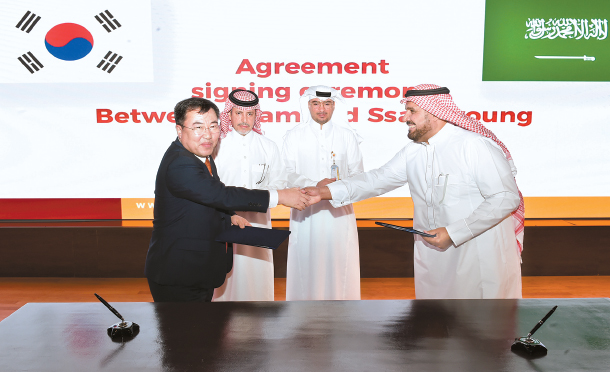 SsangYong Motor has signed a license deal with Saudi National Automobiles Manufacturing (SNAM) to expand its reach in the Saudi Arabian market.

Under the agreement, SNAM will be assembling SsangYong’s Rexton Sports and Rexton Sports Khan SUVs at its 100,000 square-meter (25-acre) industrial complex. The Saudi Arabian company aims to produce up to 30,000 units of the two SsangYong models at its plant starting 2021.

SsangYong said it will work to provide the necessary technical support and human resources for SNAM to start operations as planned by 2021. SNAM will also work with Korean partner companies for SsangYong to make sure it maintains the quality of the two models it will assemble.

The automaker currently exports some of its SUV models including the Korando, Tivoli and G4 Rexton to Saudi Arabia, a country that the automaker has designated as a possible new growth driver. Mahindra & Mahindra owns a 72.85 percent stake in the SUV-focused carmaker.

“This latest deal is meaningful in that the company is increasing its market share in the Middle East automobile market and that it also acquired a new export deal for future growth,” Yea said in a statement.

“We will continue working to diversify our export markets and expand our global sales.”

Between January and September this year, SsangYong sold a total of 99,027 vehicles, down 2.4 percent from 101,436 units posted during the same month a year earlier. The automaker’s sales for September were down 1.8 percent on-year due to lack of domestic demand.