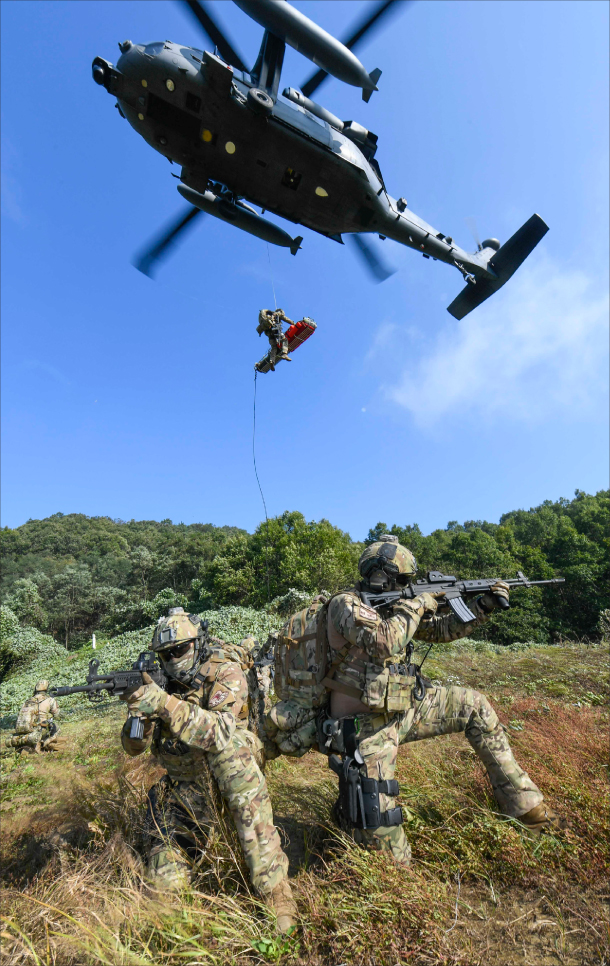 The Army said Friday it plans to reduce the number of troops by around 100,000 over the next three years in the face of a shrinking population and as part of reform initiatives to create a smaller, smarter military.

By 2022, the number of soldiers will be slashed to about 365,000 from the current level of around 464,000, according to an Army report presented to the National Assembly.

This is in line with defense reforms under which the government seeks to reduce the number of troops to cope with fewer potential draftees and shorter mandatory service terms for conscripts.

In accordance with such demographic changes, the Army is reorganizing units to cut the number of corps from eight to two by 2022, and divisions from 38 to 33 by 2025, its officers said. They added that 29.3 percent of the Army, or 602 military units, have already been reorganized.

All able-bodied South Korean men must carry out compulsory military service for about two years in a country that faces North Korea across a heavily fortified border.

In order to cover any future manpower shortages, the Army vowed to capitalize on the latest technologies to secure “next-generation game changers,” such as state-of-the-art weapons systems to be employed for laser, cyber and electronic warfare, artificial intelligence-based systems, super-long artillery systems and high-mobility flight vehicles.

“We set up a science and technology committee earlier this year for joint research and development with government agencies and major defense companies. Based upon the results, we will draw up detailed military requirements,” the Army said.

As part of such efforts, the arms procurement agency launched a project last month to develop a laser weapons system designed to launch precision strikes against small unmanned aerial vehicles by 2023.

The military is also eyeing operational deployment of a so-called “dronebot” around 2021, according to the Army.

As part of preparations for the envisioned transfer of the wartime operational control of South Korean forces from Washington to Seoul, the two allies conducted joint drills between their smaller units 64 times through September, compared with last year’s 31, according to the Army.

In order to strengthen soldiers’ practical training, the Army plans to have 300 service personnel each year take part in military drills in the United States starting in 2020. This year, a mere 13 soldiers were sent to the United States for such exercises.

“In order to boost our military diplomacy with the U.S., we are pushing for personnel exchange programs with the U.S. military,” the Army said, also vowing to make efforts to improve defense ties with neighboring countries.