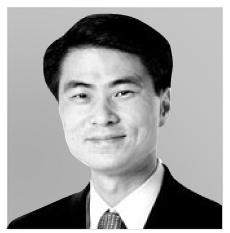 Rah Hyun-cheol
The author is an editorial writer at the JoongAng Ilbo.

Early this year, I cashed out of a pension insurance contract where I had placed savings for more than 10 years. I had high expectations when I subscribed to it. The stock market was in ruins, with the Kospi hovering below 1,400 following the 2007-08 global financial meltdown. At the time, I thought the pension, which invested in the bottomed-out stock market, would deliver big returns.

I was partly right. The stock index has risen above 2,400. But my pension return stayed in the negative territory despite stock yield gaining 50 percent over the last decade. I discovered that the pension insurance took up the commission of 20 percent. When I canceled it, I was only able to pocket a return of 12,000 won ($10) on my principal of 10 million won over the last 10 years. I only fattened the insurer after I tried to get a tax-free benefit on my saving.

A low-interest environment has become a fixture. Interest rates around the world did not go above 3 percent after central banks resorted to monetary easing in the wake of the 2008 financial crisis. The United States did not just push down the interest rates to zero for a decade but also carried out colossal quantitative easing. The benchmark in Korea that peaked at 5.25 percent in late 2009 has been hovering at the 1 to 2 percent range over the last decade.

More than half — or 57 percent — of 1,028 pension insurance policies sold over the last five years have delivered negative returns. Of 550 policies available by life insurers, 345 incurred losses and so did 249 out of 478 policies sold by the non-life insurance sector. The products of life insurers delivered a negative rate of 0.8 percent in 2013, minus 2.7 percent in 2016 and 0.2 percent in 2018. Their returns have been poorer than even bank savings rates. The pensions sold by banks are no different. Their returns from 2015 to 2017 averaged 1.5 percent per annum. But sill their commission increased sharply. 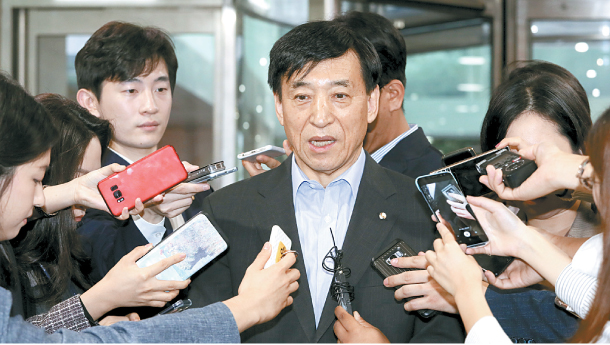 It is no wonder Koreans turn to residential properties for their old-age security. According to the Korea Insurance Development Institute, the number of people withdrawing money from their retirement pensions totaled 35,000 in the first half of last year. Withdrawals that were less than 30,000 in 2015 surged to 40,000 in 2016 and 50,000 in 2017. Last year, the number soared to 70,000.

In particular, three out of four who pulled out their retirement pension before maturity by June last year were in their 30s and 40s. They cited the need for money for homes as their reason. Low interest environment fans such a phenomenon. Who would not opt to seek loans when interest rates are so cheap? More would be lured to increase their wealth now instead of saving up for the future. But the central bank cannot raise interest rates due to the poor economic conditions at home and abroad and structural demographic problems in Korea.

It appears that low interest rates and the economic downturn will stay for some time. Even with ample liquidity in the market, people are short on money to spend. Monetary easing does not aid the common people and economy immediately. The central bank cannot solve the problem alone. The government’s role becomes more important. It must help funnel the funds to the needy places. There could be some benefits in the Moon Jae-in administration’s income-led growth policy. But nothing can succeed if home prices are not reined in. People will worker harder and save for the future if they are not preoccupied with the home riches of today. Corporate investment and savings will then revive. Authorities must come up with a wise policy to break the country out of the obsession over real asset properties.