Twice to launch own Kakao Friends

Twice to launch own Kakao Friends 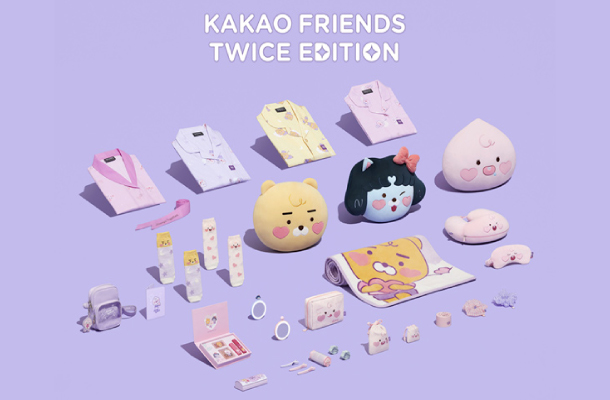 A special edition of Kakao Friends merchandise made in collaboration with girl group Twice is set to launch this Saturday worldwide.

Members of Twice, who are said to be fans of Kakao Friends, participated in designing 23 different items from travel pillows to pajamas under the theme of “Always Together.”

According to Kakao IX, which manages the Kakao Friends brand, members got into groups of three to design goods for the categories of beauty (Jihyo, Mina and Jeongyeon), living (Tzuyu, Sana and Dahyun) and travel (Momo, Nayeon and Chaeyoung).

Footage of the members working on the merchandise will be released on withtwice.kakaofriends.com and social media channels.

“We were able to produce great results through collaboration with Twice thanks to their affection towards Kakao Friends, creative ideas and earnest participation,” read a statement from Kakao IX.

Twice is set to have a busy month ahead as they get ready for their fan meeting “ONCE Halloween 2” at Korea University this Sunday.

Next Wednesday, they’ll be performing in Hokkaido, Japan as part of their Twice World Tour 2019 “Twicelights.”

The group is planning to release their second full-length album in Japan next month as well, titled “&TWICE.”