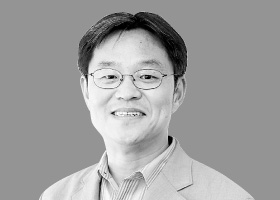 Is it because the problem was overshadowed by the drama surrounding the confirmation of former Justice Minister Cho Kuk? The brouhaha was enormous two years ago, but this year, it’s eerily quiet. Is the government not working on the issue at all, or is it working behind closed doors to prevent a ruckus?

Under the law, the government is obligated to devise a so-called basic plan for electricity supply and demand every two years — a roadmap that spells out the amount of electricity the country is expected to use for the next 15 years and the type and number of power plants that are needed to fulfill that goal, as well as the deadline by which those power plants are needed, and where. As the plan has such a significant impact on people’s lives, the law dictates that the government must make changes to it every other year. This year is the ninth time the government has to revise the basic plan.

In December 2017, when the government’s last basic electricity plan was announced, it was the talk of the town several months before — not just because the government said it would wean Korea off nuclear power, but also due to many other reasons. The eighth basic plan was based on uncanny reasoning and logic. What especially caught people’s attention was the government’s prediction of Korea’s future electricity demand and bill. At the time, the Moon Jae-in administration radically lowered the country’s predicted electricity demand for the future, citing a declined economic growth rate. Yet, even taking that factor into account, many people criticized government authorities for falsely predicting that Korea would need so little electricity. Some even referred to the “electricity demand-GDP elasticity” theory in analyzing why the government’s estimate was incorrect.

Sure enough, the government was proven wrong the very next year. It had thought that Korea’s maximum demand of electricity in 2018 would be 86.1 million kilowatts. But in reality, it turned out to be 92.5 million kilowatts. Four to five nuclear power plants were needed to supply the needed electricity. In explaining the gap, the government made the excuse that last year’s summer was “unprecedentedly hot.”

But it was weak logic to claim that the bills will not increase even as the nation uses costlier renewable energy. When the government explained that the costs of solar panels will be much cheaper by 2030 — and thus not cause a rise in electricity bills — critics laughed because it means the country would have to wait until 2030 to build solar power plants with cheap solar panels so as not to affect bills. That’s not all. It turned out the government did not meticulously factor in the inflation in the areas in which it planned to build solar and wind power plants. It was as if the government tried so hard to ignore all the numerous factors that would have signaled a hike in electricity rates.

It’s no longer even necessary to tell the government off about its absurd logic. The numbers speak volumes. The Korea Electric Power Corporation (Kepco) is in a deficit. Kepco’s operating loss reached a whopping 2.2 trillion won ($1.8 billion) last year and 2.1 trillion won in the first half of this year alone. The government blamed rising gas prices, saying the loss had nothing to do with its nuclear phase-out policy. But if the government had not shut down the Wolseong-1 Reactor, this would never have happened. Some say it’s time to raise electricity bills.

The eighth electricity basic plan lost public confidence as soon as it was unveiled two years ago. Those errors should be corrected in this year’s ninth basic plan. The government must be bustling by now making those revisions. But we cannot hear a thing. It keeps so silent to the point arousing suspicions. Some energy experts say that as the government can no longer resist the pressure to raise electricity bills, it needs to include related plans in the ninth electricity roadmap. But what’s blocking the authorities from doing that is the 2020 general election in April, they say, which is why the government is trying to delay the hike until after the election.

The electricity basic plan, which has a huge impact on lives, is likely affected by a political schedule. But it is better to make some changes in its ninth plan than blindly stick to the eight plan. If the government has truly decided to revise the former plan, then it should thoroughly review not only electricity bills, but all other aspects as well.