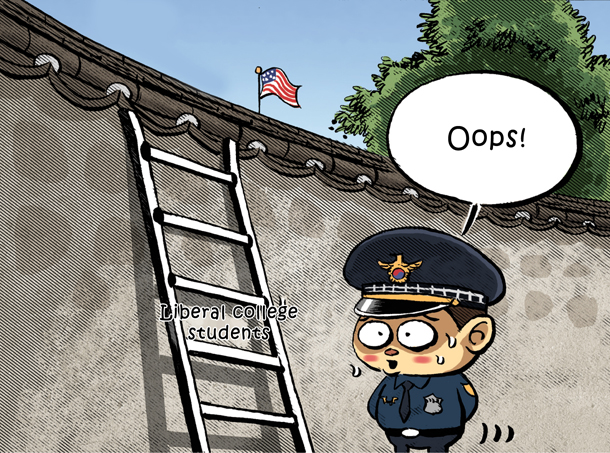 Police said on Sunday they filed for arrest warrants for some of the student activists who invaded the U.S. ambassador’s house in Seoul on Friday to protest Washington’s demand for more money for its troops stationed on Korean soil. Some 19 college students broke into the residence of U.S. Ambassador Harry Harris in central Seoul using two ladders.