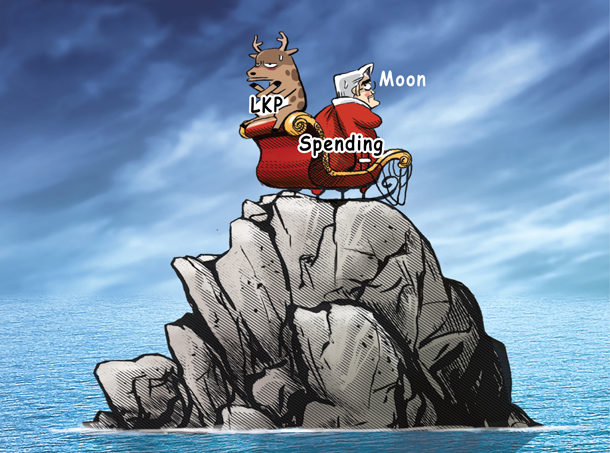 The main opposition Liberty Korea Party (LKP) is disappointed at President Moon Jae-in’s nationally televised speech on Tuesday at the National Assembly, as he didn’t apologize for his appointment of controversial former Justice Minister Cho Kuk but demanded the cooperation of the opposition in passing the government’s increased spending to help the underprivileged in an economic slump.