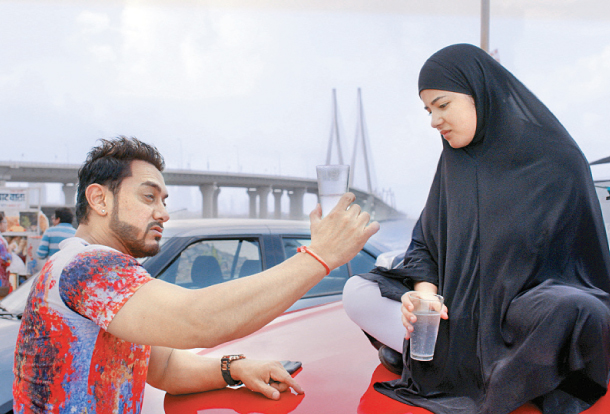 Insia Malik, a 15-year-old girl living with her family in Baroda, loves to sing. However, her father strictly forbids her from following her dream to become a singer and demands that she only concentrate on her studies. Her father often beats her mother and comes home only once a week due to his work.

Although she cannot enter any music competitions, Insia uploads a video of her singing while wearing a niqab - so her father won’t recognize her - and instantly she becomes a viral sensation due to her talents.

When the famous music director Shakti Kumar proposes that they work together, Insia hesitates. But after another fight with her father that ends in him severely abusing her mother, Insia accepts the director’s offer, eager to escape from her father’s cruelty.

Five years after King Stephan dies, Princess Aurora has become the queen of the magical realm of the Moors, ruling wisely under the guidance of her fairy godmother, Maleficent.

However, when Aurora accepts Prince Phillip’s marriage proposal, everything could change. Maleficent, protective of Aurora, opposes the marriage, but Aurora pleads her to come to the kingdom of Ulstead as her guardian to celebrate the union.

In the kingdom of Ulstead, there is one person waiting to start a war against the fair folks of the Moors: Queen Ingrith, who despises the kingdom, plans to destroy it the day Phillip and Aurora get married.

Will Maleficent be able to defeat the queen’s evil scheme and protect Aurora and her beloved home?

Angelina Jolie, Elle Fanning and Sam Riley reprise their roles as Maleficent, Aurora and Diaval in this the sequel to the 2014 live-action hit. 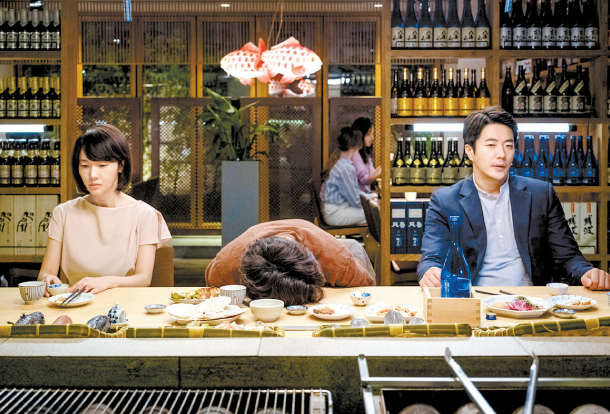 Hyun-woo dreams of being free from the chains of marriage and to be single once again. However, his wife Sun-young declares that they can only get a divorce if they hold their own “divorce ceremony” in front of their associates, families and friends to make their separation official.

Once the embarrassing event is over, the two vow to lead happier lives and are determined to never see each other again.

However, all their promises seem to go up in smoke when Hyun-woo comes across his childhood friend, Sang-chul, who introduces him to his new love interest, Sun-young.

Kwon is also set to star in the upcoming crime action blockbuster “The Divine Move 2: The Wrathful,” slated to premiere in local theaters on Nov. 7.

Young-gi is a gangster who is followed by trouble wherever he goes. When he hears a piece of stock information that could help him reap a fortune, he rashly steals 700 million won ($597,248) from his boss to make an investment and quickly loses it all. While figuring out how he is going to pay it back, a lifesaver in the form of terminally ill law firm CEO Jang-soo appears in front of him and proposes a deal: Young-gi will be able to acquire his death benefit worth 1.2 billion won if he helps Jang-soo cross off items on his bucket list for two months. Young-gi gleefully agrees, and the two men begin an adventure that turns their lives upside down. 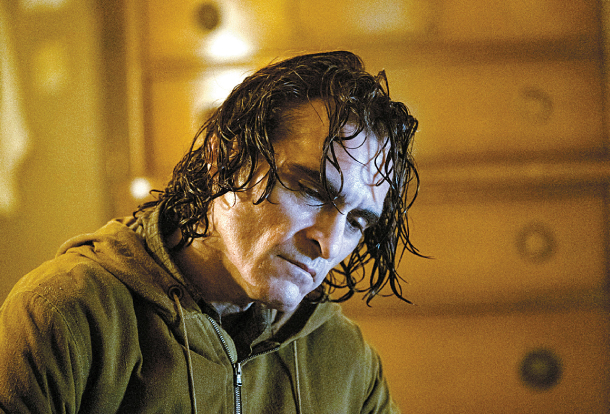 Sun-young is currently going through a breakup with her boyfriend. While she was fighting with her boyfriend on her very first day at a new job, she meets Jae-hoon. Even before they get to know each other as co-workers, they become quite familiar with each other’s relationships. Although they have opposing views on relationships and romance, they continue to look out for each other.

Actors Kim Rae-won and Kong Hyo-jin play Jae-hoon and Sun-young. This is Kim’s second film this year that takes on a lighter mood than his darker roles in previous films, such as the 2017 “RV: Resurrected Victims” and “The Prison.” Kong, a veteran of romantic comedies, is currently appearing in the KBS2 drama series “When the Camellia Blooms” with actor Kang Ha-neul. 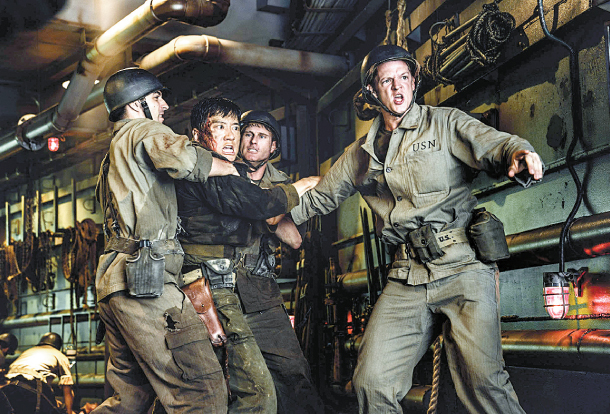 The day before the famous Battle of Incheon took place, there was the often-forgotten Battle of Jangsari.

The battle was a feint operation conducted by 772 young soldiers on Jangsari beach in North Gyeongsang to divert the North’s attention from the Battle of Incheon. They were hardly expected to succeed. Due to the large number of casualties, the battle was covered up until the survivors formed a committee in 1980, and their ship, the Moonsan, was discovered in 1997.