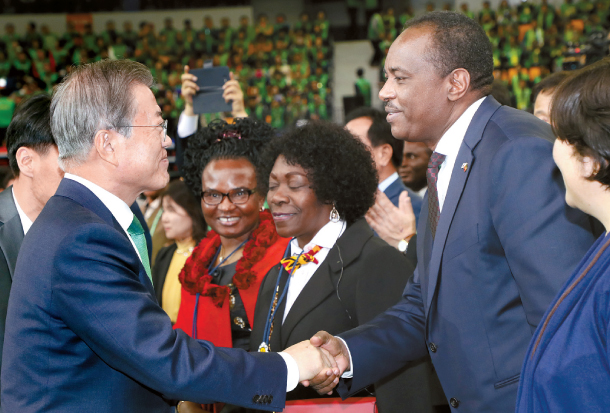 President Moon Jae-in, left, shakes hands with participants at the annual leaders’ conference of the Saemaul Movement in Suwon, Gyeonggi, on Tuesday. It is the first time Moon attended the conference, often seen as a conservatives’ event. About 6,000 people, including the local chapter leaders of the Saemaul Movement, attended the conference on Tuesday. Moon, however, did not make any direct mention of Park Chung Hee, who initiated the movement in 1970 and is the father of his impeached predecessor Park Geun-hye. [JOINT PRESS CORPS]