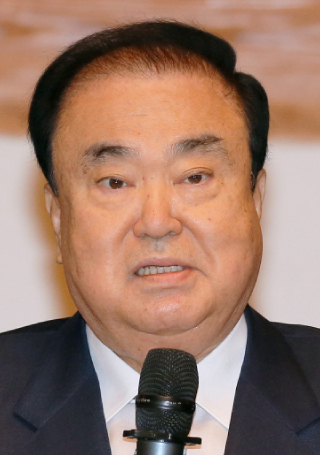 National Assembly Speaker Moon Hee-sang has decided to send contentious prosecutorial reform bills for deliberation at a voting session on Dec. 3, a speaker of the legislature said Tuesday.

According to Han Min-soo, spokesman of the National Assembly, Moon informed the Legislation and Judiciary Committee earlier in the morning that a package of bills to reform the prosecution, designated as fast-track items in April, will be sent to the plenary session on Dec. 3 for deliberation. Deliberation at a plenary session is the final step before voting on a bill.

On April 30, four bills were designated as fast-track items - one bill to create a new investigative agency for senior public servants, two bills to redistribute investigative powers between the police and the prosecution and one election law revision.

The fast-track system was introduced in May 2015 as part of anti-brawl measures in the legislature. Once a bill is put on a fast-track, it is automatically sent to a voting session after it is considered by a relevant committee for up to 180 days and reviewed by the Legislation and Judiciary Committee to change wordings for up to 90 days. After a deliberation at a plenary session, lawmakers must vote on the bill within 60 days.

According to Han, only the bills designed to reform the prosecution will follow the new legislative schedule.

“Because the bills were handed over from the special committee to the Legislation and Judiciary Committee [in August], lawmakers on the committee only had 57 days until yesterday to review the bills,” said Han. “The bills also failed to secure another review period of 90-days on the committee to check on their structures and wordings. Moon reached a conclusion that the bills should be given 90 days at the committee and then sent to the plenary session on Dec. 3.”

Han said the speaker made the decision after consulting with experts inside and outside the National Assembly.

The new deadline is also a political compromise to settle the confrontation between the ruling Democratic Party (DP) and the main opposition Liberty Korea Party (LKP).

The DP has argued that the bills’ 180-day review on the Legislation and Judiciary Committee was to end on Saturday, and there is no need to spend another 90 days to check on its wordings since it is already in the hands of the same lawmakers on the committee. DP lawmakers, including floor leader Rep. Lee In-young, have said they want to vote on the bills this month.

The LKP, however, wants to spend the full 180 days on review and another 90 days to check the wording. In that case, the voting could take place in late January.

According to Han, Moon decided to guarantee the 90-day review period starting from the bills’ submission to the Legislation and Judiciary Committee on Sept. 2.

“The speaker is urging the ruling and opposition parties to do their best to reach agreements during this period,” Han said. “The speaker is also making clear that voting on the bills will take place speedily after they are sent to the plenary session on Dec. 3.”

Both the DP and the LKP expressed displeasure toward Moon’s decision to set a new deadline. “The speaker is trying to offer an opportunity of a political compromise to the ruling and opposition parties, but his interpretation is against principles,” said Rep. Lee In-young. “It is lamentable. No one can delay the people’s demand [to reform the prosecution].”

The LKP also challenged Moon’s conclusion. “We don’t think Dec. 3 is a proper date,” Rep. Na Kyung-won, floor leader of the LKP, said. “That is against the law. It is our interpretation that the Legislation and Judiciary Committee should be given the full 90 days to review the bills structures and wordings [starting Oct. 26] and they can be sent to the voting session in late January.”

Other parties said they respect Moon’s decision, urging the rival parties to start negotiations. “It is a pragmatic decision,” said Rep. Oh Shin-hwan, floor leader of the Bareunmirae Party. “It is fortunate he made a compromise.”