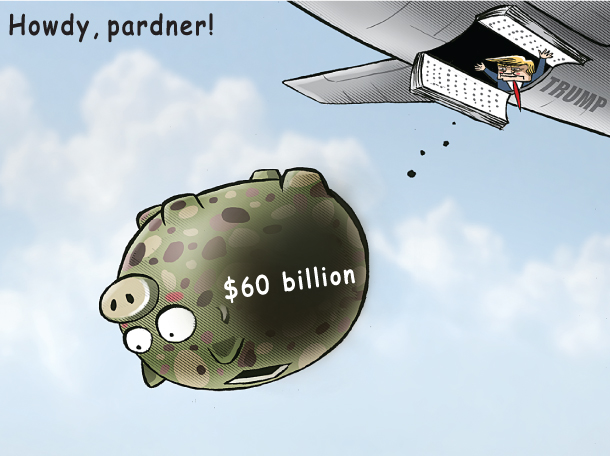 According to news reports, U.S. President Donald Trump demanded $60 billion annually from Korea to cover all costs of U.S. forces stationed here. That amount is 13 times more than the $4.46 billion needed for the United States to maintain its forces in Korea.