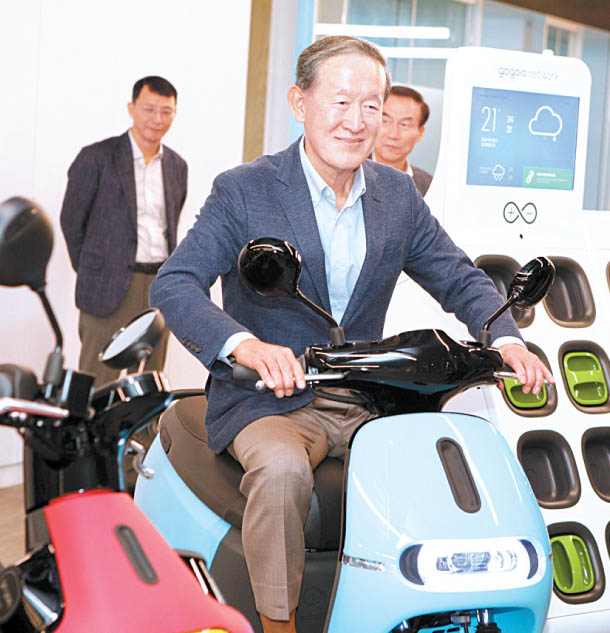 The new unit’s main purpose will be “to search for new growth engines in line with the global business trend that is rapidly shifting with new technology,” GS said in a Thursday statement. The plan is to finish procedures for launch by the first half of 2020.

This will be the conglomerate’s first venture investment company overseas. Domestically, GS has worked and invested in start-ups before. An affiliate at the forefront of this movement was GS Shop - which, since 2011, has invested 300 billion won ($257 million) in more than 500 start-ups in a wide variety of fields like e-commerce, artificial intelligence and data.

The networking activity expanded to other affiliates as well last year with the launch of the “Grow with GS” program in November. Behind this drive is GS Chairman Huh Chang-soo, who publicly repeated the importance of “change” and the ability to read the rapidly evolving market at staff meetings and in speeches.

The decision was finalized during GS Group’s global CEO meeting held Wednesday and Thursday in Taipei in Taiwan. Held for the ninth time this year, the annual event is where the CEOs of GS affiliates share the results and future plans for its global businesses.

“The old way of expanding a business model to relevant fields has reached its limit - this method doesn’t help companies in search of new growth engines,” said Huh during the meeting. “We need to be in line with the wave of digital transformation and learn the DNA for innovation from global firms to make it our own.”

The meeting’s location in Taiwan signals GS’s focus on its global portfolio. The country is expanding the proportion of renewable energy sources, not to mention its convenience store market is rapidly growing - both opportunities for GS’s affiliates in construction, energy and retail.