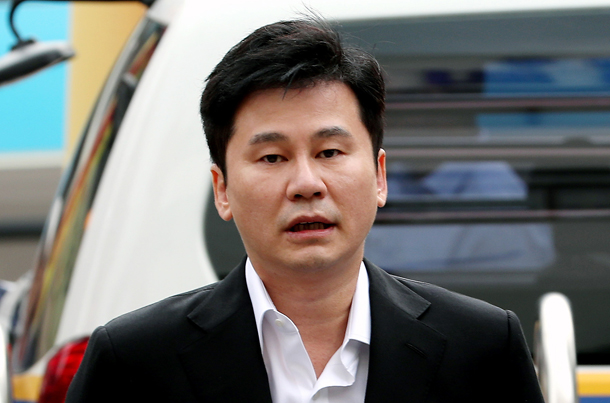 Officers said they were planning to refer the cases to prosecutors and recommend they indict them on those charges.

Under the country’s Criminal Act, a person who “habitually” commits the crime of gambling is punished by imprisonment of up to three years or by a fine not exceeding 20 million won ($17,000). There’s no distinctive legal criterion defining what’s “gambling” and what’s “habitual gambling” in Korea, and it’s usually up to the court to decide.

The Seoul Metropolitan Police Agency, which has been investigating the allegations since August, did not precisely reveal how many times Yang and Seungri, whose real name is Lee Seung-hyun, went to Las Vegas or how much they cashed in, but sources with knowledge of the case said Yang appears to have earned “several hundred million won,” while Seungri earned “several billion won.”

Yang and Seungri were said to have “dropped by” Las Vegas one or two times annually over the past five years to gamble whenever they had a chance to go abroad, though it appears the duo never gambled together. Police only investigated Yang and Seungri’s gambling allegations from five years ago onward because the statute of limitations of habitual gambling is five years.

Every time Yang left the country to gamble, police believe he took with him less than $10,000 in cash, and exchanged the money to dollars once he arrived at the casinos. Had he departed Korea with more than $10,000 without reporting it to customs, it would’ve been a violation of the country’s Foreign Exchange Transactions Act.

Police said it also appeared that Seungri had not violated the Foreign Exchange Transactions Act either. Seungri allegedly gambled with credit, or markers, which didn’t require him to carry around cash, officers said.