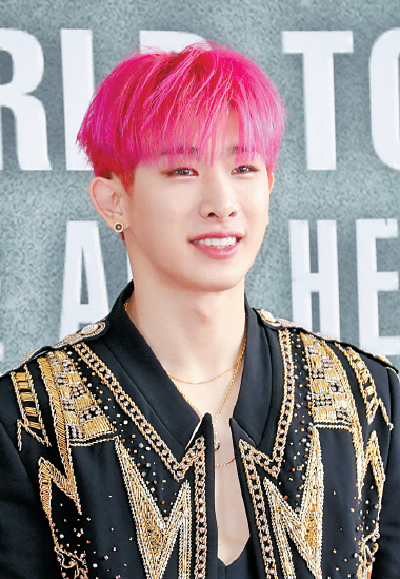 Starship Entertainment terminated its contract with Wonho, a former member of boy band Monsta X, after it was discovered on Friday that the singer had smoked marijuana.

“We decided that we can no longer maintain our contract with Wonho,” the agency said. “[Starship Entertainment] terminated his contract on Friday.”

According to local media outlet Dispatch, Jeong Da-eun herself confessed to the media that she and Wonho, whose real name is Lee Ho-seok, smoked weed together in 2013. The press reported that Jeong seemed to remember what happened quite accurately, as she had drawn the structure of the apartment where Jeon and Lee were living together back then and showed exactly where they were and when they had smoked.

The police had received testimony of both Jeong and another witness, only known by his surname Cho, on September and conducted a search at Incheon International Airport as Monsta X came back from their performance in Germany.

Cho was the chairman of the scandalous nightclub Burning Sun which was run by Seungri, former member of boy band Big Bang.

“Although we were aware of the body and baggage search at the airport, it was a simple process,” the agency refuted in response to the report. “We had no clue at all that [Lee was being investigated] under suspicions of smoking weed.

“We feel heavily responsible for causing so much trouble due to this incident,” it continued. “We will do our best to assist the investigation.”

Lee had left the group on Thursday after Jeong posted on Instagram that Wonho owes her money and that he was a juvenile delinquent.