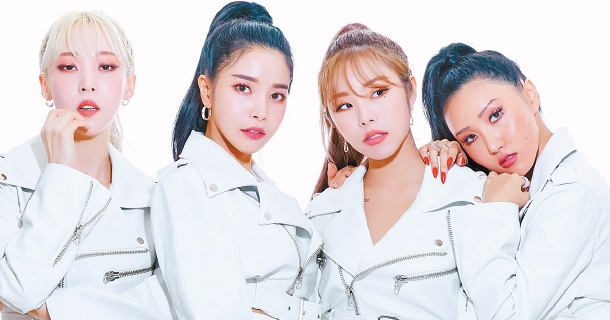 Girl group Mamamoo will make a return next Thursday with its second full-length album, “reality in BLACK” its agency RBW announced on Saturday.

The four-member act’s first album “Melting,” was released in February 2016.

During the finale, which aired on Oct. 31, Mamamoo came out on top over fellow contestants AOA, Lovelyz, Oh My Girl, Park Bom and (G)I-DLE after a performance of “Destiny,” the group’s new release.

Mamamoo, comprised of members Hwasa, Solar, Moonbyul and Wheein, debuted in 2014 with its EP “Hello.”

Since then, the girl group has amassed a loyal following thanks to the success of hit songs like “Um Ah Oh Yeah” (2015) “Decalcomanie” (2016).