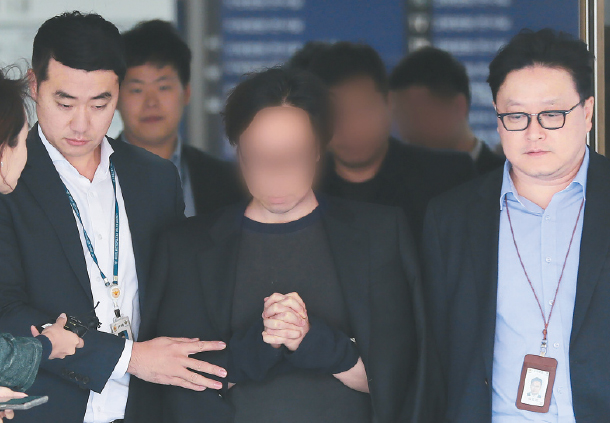 Two of cable channel Mnet’s star producers, Kim Yong-bum and Ahn Joon-young, were arrested on Tuesday night, putting a hold on not only the project band that debuted with the latest “Produce X 101” show, but also other music audition programs to come.

A warrant hearing was held on Tuesday at the Seoul Central District Court for four people, including Kim and Ahn. The two others - a producer from the program and a person working at an entertainment agency - were related to the case, but were not arrested.

“Many parts of the accusation have been verified, and the gravity of the case [should be taken seriously],” the court ruled, saying that it saw “necessity and rationality” in issuing the arrest warrants.

The producers are accused of rigging voting results for the “Produce 101” series, manipulating the names of members who got to debut as part of the show’s project bands. They are also accused of providing special merits to certain contestants and entertainment agencies.

The case began in July when fans of the show reported the program’s producers for fabricating vote results, after seeing that the number of votes were “mathematically impossible.”

Ahn and Kim are said to be the leading producers at cable channel Mnet. While Ahn successfully launched the “Produce 101” series in 2016, Kim launched Mnet’s previously most popular audition series “Superstar K” in 2009. Kim led a total of three seasons of “Superstar K,” and also produced other music-related shows such as “Dancing9” and “Golden Tambourine.”

The “Superstar K” series helped Mnet grow significantly as a cable channel. Mnet was established in 1996 and merged with CJ ENM in 2011.

Ahn began as a main producer with Mnet during the second season of “Superstar K.” Despite the success of his shows, Ahn had frequently been criticized by viewers for his biased edits that often highlighted the weaknesses of certain trainees and highlighting others.

Kim and Ahn are also suspected of receiving illegal bribes from entertainment agencies.