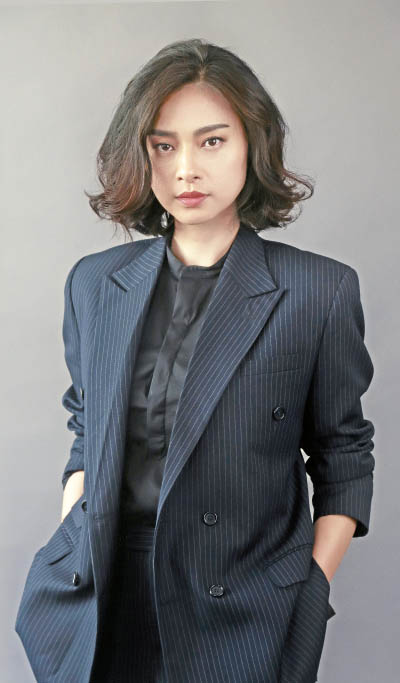 As the star and the executive producer of “Furie” (2019), Veronica Ngo is undoubtedly and deservedly proud of the success of her latest film, but the celebrated Vietnamese action master says that she now wants to take a break from the martial arts film world that helped her become a star.

When the film hit Vietnamese theaters this February, it was a sensation - after just a month in local cinemas, the action movie became the highest-grossing Vietnamese movie of all time. After its domestic success, the film moved on to premiere in American theaters the following month, and became the most successful Vietnamese film in the United States as well.

The impressive martial arts skills interfused with Hollywood action that the actor wields is more than enough to wow audiences, which is the primary reason the film got such positive reviews both locally and overseas. In fact, the film has been selected as Vietnam’s entry for Best International Feature Film at the 92nd Academy Awards.

But initially, the celebrated actor did not plan on appearing in the film.

“We were traveling all over Vietnam trying to find the person who could play that part,” Ngo said during the interview with Korea JoongAng Daily when the actor visited Korea for “Asean Cinema Week 2019- Asean Cinema NOW!” held in Seoul from Nov. 1 to 3. The film event was hosted by Asean Culture House (ACH), which invited influential films from each of the 10 countries.

The actor also admitted that the film was inspired by trends and Hollywood blockbusters with similar plots.

At top, Veronica Ngo in a scene from “Furie.” Above, the actor attends the opening ceremony of the “Asean Cinema Week 2019- Asean Cinema NOW!” on Nov. 1. [ASEAN CINEMA WEEK 2019]

“When we were first trying to take up this project, we said to ourselves that we want this to be a combination of ‘Taken’ and ‘John Wick,’” she said. “We [voted for] this story at this moment because we know that women power is a trend right now.”

Ngo has been appearing in action blockbusters ever since she started her acting career, and some of her best known works include “The Rebel” (2007) and “Clash” (2009). In both films, the actor plays a strong martial arts master who, blow-by-blow, fights her way through her obstacles.

When asked how much of the fighting she does by herself, the actor replied “95 percent,” because according to the actor, there are no female stunt people in Vietnam.

Male stunt performers were used only for scenes where her character gets kicked in the stomach or thrown around, but all of the amazing fight scenes were done by the actor herself. Ngo usually trains for three to four months before beginning an action film - for “Furie,” she said that she trained for six months.

Although she is an experienced action film star, she found it hard to juggle her roles as an actor and a producer.

“It is hard because I have to wear two hats at the same time. The hardest part is that when I get hurt or when I get injured doing a movie, I could not stop,” she said. “[As an executive producer, I know that] if we stop shooting, we’re going to lose a lot of money and it’s like a war inside of me […] My actor side says, ‘You [will] get hurt [so you] should relax,’ but the other side says ‘No, if you stop right now [the film] will lose a lot of money, so we have to continue [shooting].’”

The success of the film in the North American box office may be due to the fact that the actor had already familiarized herself in Hollywood through her appearance in “Star Wars: The Last Jedi” (2017).

Although her appearance was brief, the actor played the important character Paige Tico, the twin sister of Rose Tico, whose selfless death set off a chain of other important events. When asked whether she regretted being on screen for such a short time, the actor shrugged and shook her head.

“It was a good chance for me to actually present myself to Star Wars fans and also to the world,” said the actor. “From that chance, it’s actually leading and opening up to many other chances that are coming later on. For an actor’s career, it’s a matter of how you pull off that one scene.”

The actor has a lead role in the upcoming Hollywood film “The Old Guard” alongside Charlize Theron, set to be released next year. In the movie, she also plays a female warrior.

Her powerful image as a female warrior has stuck to her in real life as well, and her fans are very well aware of the hard work she goes through - not only as an actor, but also as a singer, model, producer and director as well. With all of those titles, Ngo rarely has time to catch her breath. She is set to produce another female-centered action film, and this time, she assured the press, she will be behind the scenes. She is currently doing her best to find young girls to follow in her footsteps.

“It’s going to be an female-led action story, so right now I’m recruiting and auditioning young girls to come in with me. There has been a very big turnout,” Ngo said. “We [will have] open casting available for everyone for the next project.”

Although the actor has became an iconic action star in Vietnam, now that she is 40, she would like to take a break, at least for a while.

“I feel like I just want to rest,” the actor said while shaking her head tiredly when asked whether she would like to star in another action film. “I don’t want to do action [any] more. It’s way too much for me right now.”