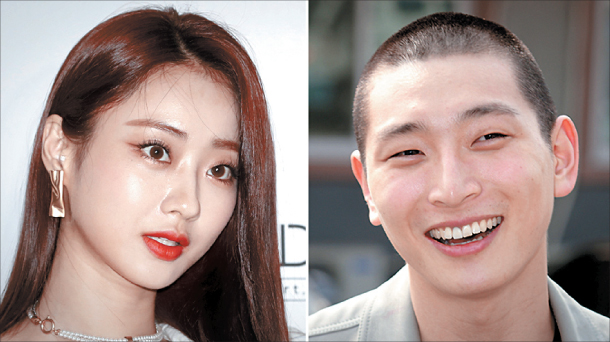 “Jeong Jin-woon and Gyeongree had been featured on various TV programs together, and naturally became close,” the agency said in a statement.

“They have been seeing each other on good terms since late 2017.”

The announcement came after local news SBS funE reported that the two have been dating for two years, and have remained together since Jeong began his two-year military service in March.

“The couple are said to have become more affectionate after Jeong entered the army,” the report said.

Jeong made his debut as part of the JYP Entertainment ballad group 2AM in 2008, and signed with his current agency in 2015.

Gyeongree debuted in 2010 and joined Nine Muses in 2012. Nine Muses disbanded this February and she has since been pursuing a career in acting.