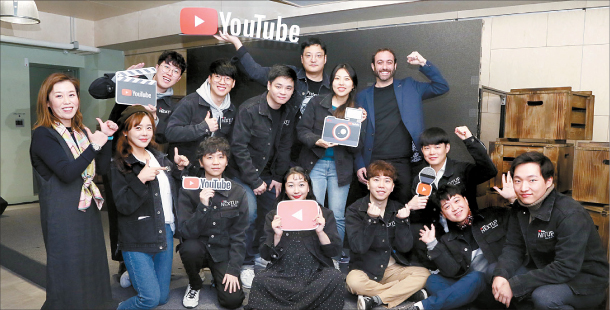 YouTube will support a select group of Korean YouTubers who make videos about games as part of its global NextUp program.

Twelve up-and-coming creators were chosen earlier this month to join the program, which is launching for the first time in Korea. They are all YouTubers who produce content reviewing games or videos of them playing. They were selected among applicants with 1,000 to 100,000 subscribers based on factors like growth potential and a compelling personal story.

“There are two key aspects — first is helping [future] players and second [is bringing] them to a community to work and grow together in our platform,” said Marc Lefkowitz, YouTube’s head of creator and artist development for the Asia-Pacific region.

Diversity and sustainability were the primary focus in the selection process, he added. The chosen few include a photographer-turned-YouTuber and a young mother who started creating videos while searching for a hobby.

The NextUp program is already underway in other countries but doesn’t always concentrate on game-related content. One success story is Reneé Dominique, a singer from the Philippines who participated in 2017. Starting as a YouTuber with 1,000 subscribers, she grew big enough to perform with Jason Mraz in Manila and Singapore last May.

Gaming was chosen as the theme for Korea’s first NextUp class considering the size of the market here.

Under the program, participants will learn to better use video editing tools and produce their content with the help of experts. How to monetize their channels is also part of the training. The 12 participants were also offered video equipment worth 2 million won ($1,700). They will join YouTube at the Global Game Exhibition G-Star in Busan later this week.