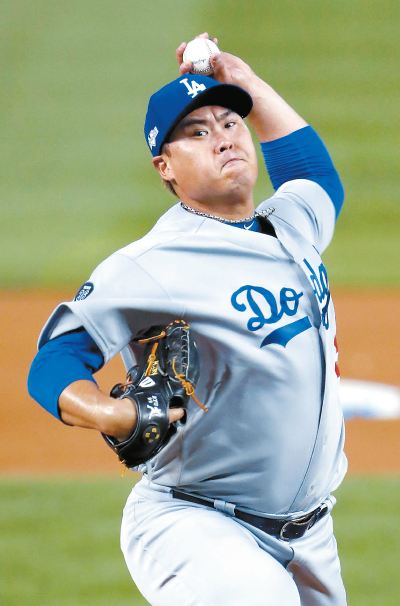 Ryu may have fared badly in the vote — he came in with just one of 30 first-place votes — but still makes history as the first Asian pitcher in the major league to earn a first-place vote for the Cy Young Award.

With 29 first-place votes, Jacob deGrom of the New York Mets won the National League’s Cy Young Award. With a win, deGrom took the title for the second straight season.

In the overall standing, deGrom finished well ahead of Ryu with a total of 207 points. Ryu finished second with 88 points. Looking at deGrom’s 2019 season, he’s picked up 11 wins and eight losses with a 2.43 ERA. Although he’s picked up less wins and has a higher ERA than Ryu, deGrom led the National League in terms of number of innings pitched, at 204, and strikeouts, at 255.

Ryu pitched 182 and two-thirds of an inning and picked up 14 wins and five losses with a league-topping 2.32 ERA.

Votes were made by the members of the Baseball Writers’ Association of America based on performance in the regular season. Votes were submitted before the postseason began.

Ryu had his best season in the majors this year, tossing 182 and two-thirds of an inning, his second-most prolific season on the mound for the Los Angeles Dodgers. Back in his rookie season in 2013, Ryu pitched in 192 innings.

Ryu started his season in the opening game against the Arizona Diamondbacks at Dodger Stadium and picked up a win, becoming the first Korean pitcher since Park Chan-ho in 2001 to pick up a win in an opening game in the major league.

Continuing his streak, Ryu earned an All-Star selection, becoming the fourth Korean major leaguer to do so. On July 9, Ryu added to that accolade by becoming the first Korean pitcher ever to start in an All-Star Game.

Ryu left the Dodgers’ rotation twice due to injuries in 2019. He was first placed on the 10-day injured list due to a groin strain in May and again joined the 10-day list due to neck soreness in August.

Adding to this success, Ryu’s 12th win of the season during a game against the Diamondbacks on Aug. 11 was his 150th career win. Ryu has picked up 98 KBO wins and 52 MLB wins since he debuted for the Hanwha Eagles in 2006.

After that game, Ryu began a short slump. Starting with a game against the Atlanta Braves on Aug. 17, Ryu picked up three straight losses, pushing his ERA for the month of August up to 7.48.

Ryu picked up his pace in September, picking up two more wins in four starts for the month. Ryu also hit his first-ever home run in the majors that month, during a game against the Colorado Rockies on Sept. 22.

Ryu’s 2019 season is all the more impressive considering how much time he has spent out with injuries over the last few years. Back in 2015, Ryu underwent shoulder surgery, and last season, he suffered from a groin injury, leading him to play in only 15 games throughout the regular season.

A solid season has also dramatically increased Ryu’s chance of continuing his career in the majors. After the 2018 season ended, Ryu accepted a qualifying offer from the Dodgers. Now that the contract is complete, Ryu is a free agent.